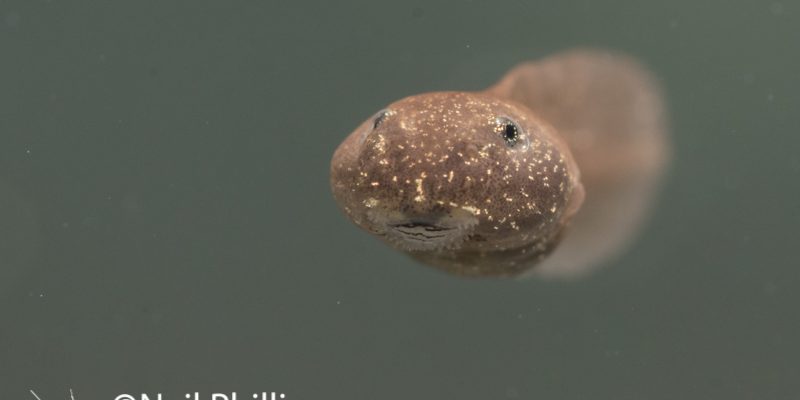 There has been a bit of a gap since my last blog, so a fair bit to catch up on, but I’ll start with my most recent project; frog tadpoles.

Two years ago I dug a small pond in my garden with the hope that some amphibians would turn up, but I only saw one frog in that time. So it was a rather nice surprise when I found at least 4 clumps of frog spawn in my garden pond at the start of March. 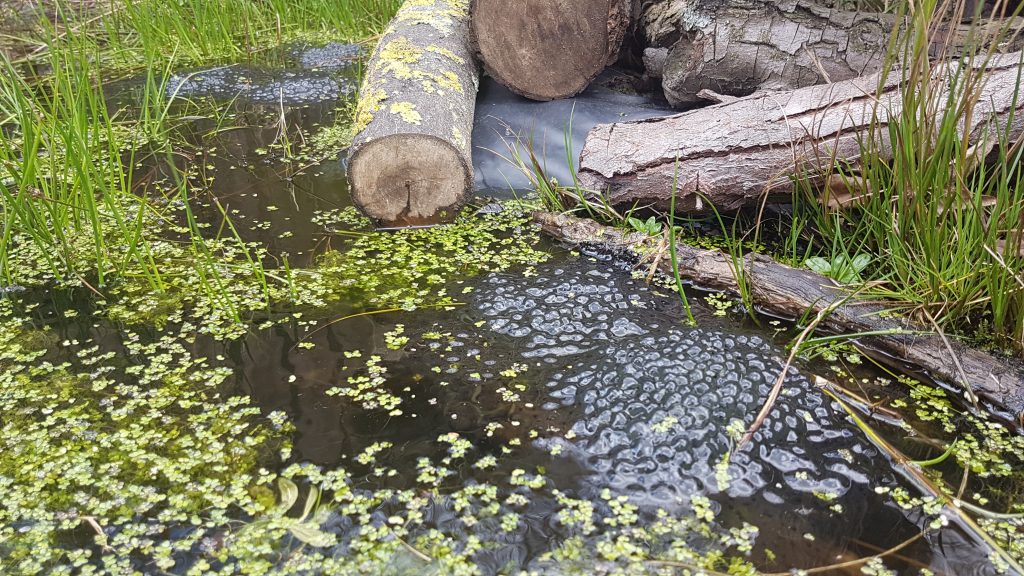 A couple of days ago I finally had a bit of time to try and get some photos of the tadpole that hatched from them. 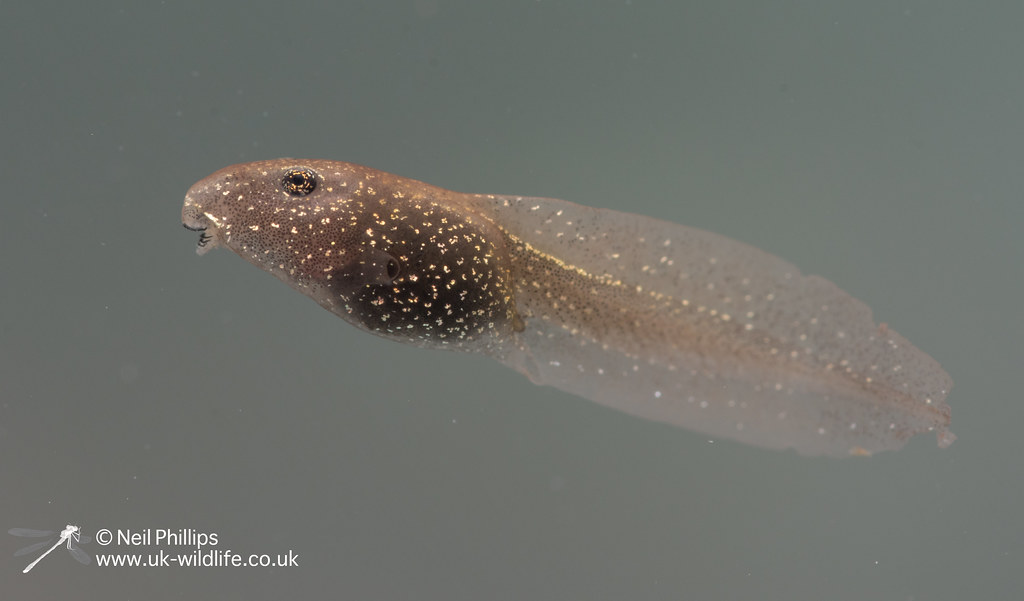 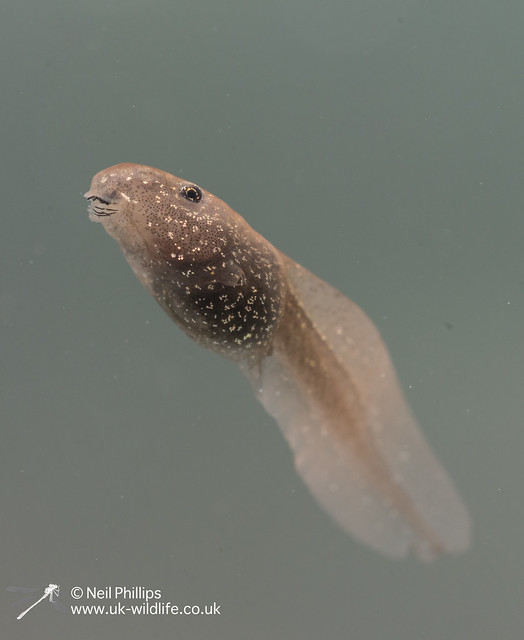 I have some nice images of common frog tadpoles from previous years, but did not have any decent swimming images. In this session however I managed a few nice shots using my improved photographic aquarium set up. This utilises 2 or 3 flashes on a lower power setting, giving more even lighting and allowing me to fire more than one shot off at a time, which is very handy for moving macro subjects! 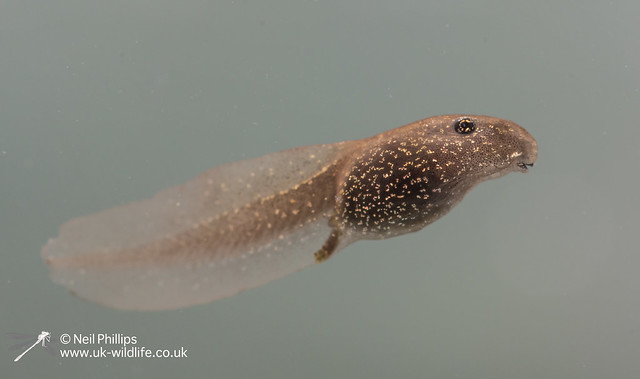 (Note the photobombing water flea in the bottom right of this shot!) 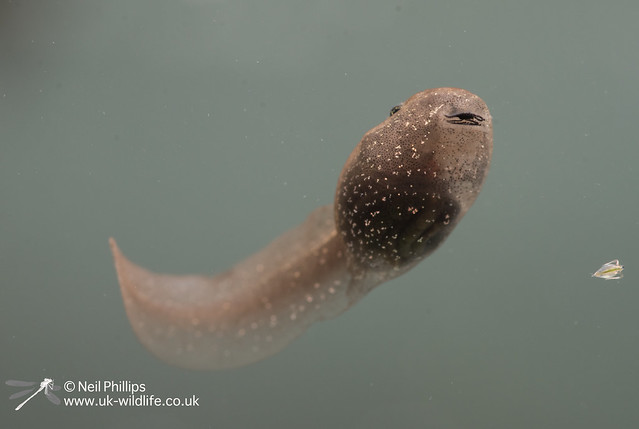 Frog tadpoles spend a fair bit of time just sitting on the bottom, but every so often some will swim around and allow me to take some shots like those above. Sometimes they will swim straight up to the surface, which allows me to get shots from different angles like these. 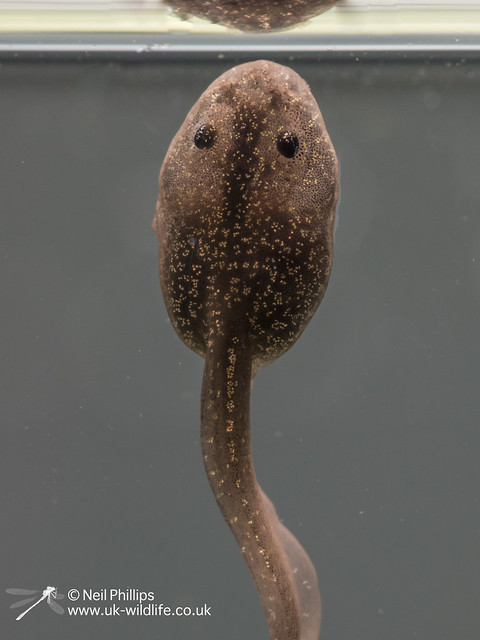 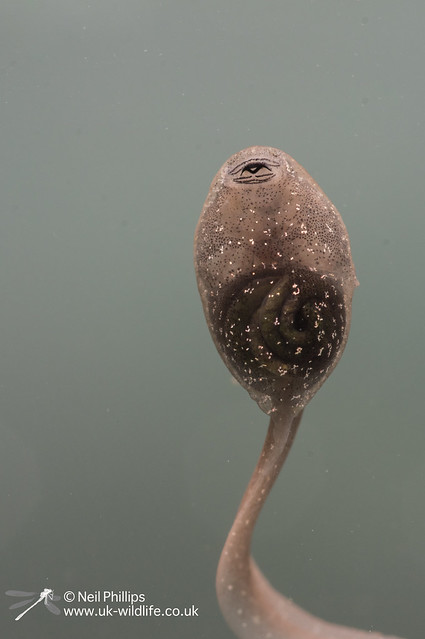 The above were shot using my 100mm macro alone, but I did try attaching a set of extension tubes to allow me to focus in closer and really show those beautiful gold flecks that give the common frog tadpoles their distinctive colouration. 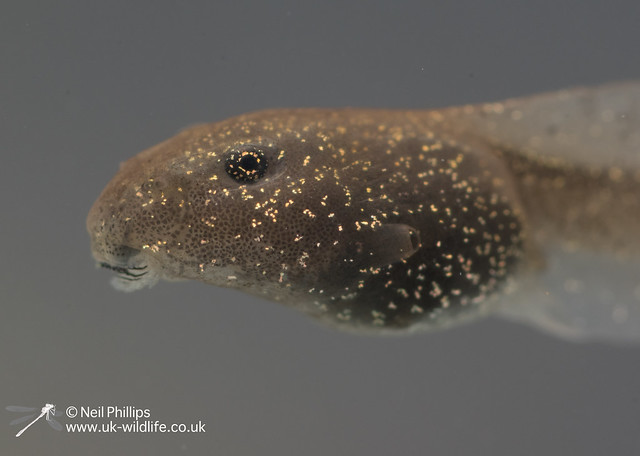 A quite successful session, but I’ll hopefully get round to having another crack at them before they all turn into little froglets and leave the pond.