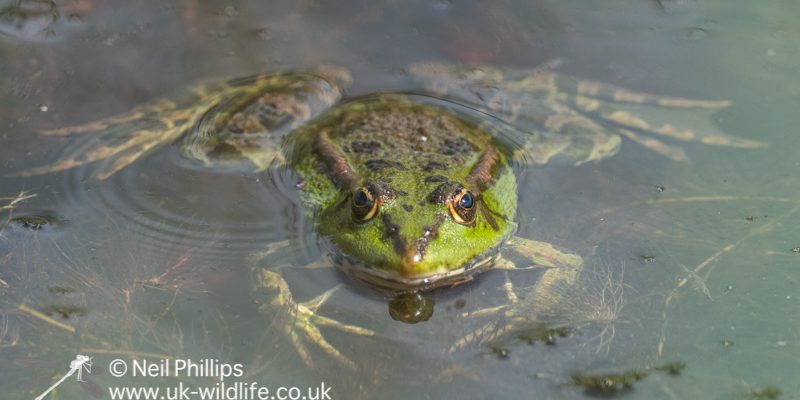 Its world wetlands day, so to celebrate the wonderful wildlife we find in these habitat I thought I’d share my best shots of freshwater life I took last year. All the underwater shots are in photographic aquarium.

This a photo heavy post so I’ve kept the text to a minimum!

My first freshwater photo of the year was this early emerging marsh frog on a warm February day at RSPB Rainham Marshes. I had never seen one this early in the year before.

While pond dipping I found some red eyed damselfly nymphs, but it while photographing them I spotted the best find; a hydra that was attached to the body of one of the nymphs.

I also found a couple of caddisfly larva, including this one.

One March evening this toad appeared near my mum’s pond, and sat still enough to photograph with just the beam from the security lights.

I finally got a good photo of a palmate newt

And in another pond photo session I got a shot of an often overlooked including by me) water louse.

I continued to try improve my tadpole photos

In had a nice session photographing ostracods.

And this lake limpet.

This grass snake turned up during a pond dipping session.

A trip to Goring looking for club tailed dragonflies was not very productive, but it did get this photo of some reed beetles.

After a few years of trying I got what is probably first photo of a Southern Migrant Hawker nymph taken in the UK.

One big highlight was finally seeing and getting shots of the river bug, a species that had long evaded me.

I improved my photos of toad tadpoles.

I had a nice few hours mostly failing to get shots of downy emerald dragonflies at Thursley Common, but manged a few shots. I’ve still never seen one perched!

I finally found and photographed a freshwater sponge last year too.

I had a mini project trying to photograph the local marsh frogs with some success.

A pirate otter spider posed for a stacked image while she carried her spiderlings (In surface dweller set up).

A rubbish photo, but this lesser emperor dragonfly appeared in front of me at Rainham Marshes one evening, a first for me in the UK and fitting with me being the Essex recorder!

I finally got some emerging dragonfly images

This marsh frog got a bit of surprise when a water louse went for a wander over it’s face!

I finally got some nice shots of the swimming type water mites. Here is a stacked image of the underside.

This pair of black tailed skimmer hovered nicely for a few shots.

I had a nice day with the water voles

An emperor dragonfly posed on a purple loosestrife flower spike.

I caught up with another southern emerald damselfly for the first time since 2010.

I ticked off a couple of species with what I would have to admit was a bit of a twitch up to Carlton Marshes and got vagrant emperor and red veined darter.

I got a different angle on a southern migrant hawker, with this shot from underneath!

I played around with a pond skater in a surface dweeler set up.

A good friend showed me some neotenous smooth newts, newts that matured but never full stopped being tadpoles so are fully aquatic.

In a new mini aquarium set up I photographed this water mite.

I got this raft spider with holding its egg cocoon in it fangs in my surface dweller set up.

This common darter posed on a log for a stacked image.

Finally this ruffe turned up in a crayfish trap

Fair to say it was a productive year!