Attack of the crows: a doomed little grebe nest

You are here:
birdcrowgrebeRHS Hyde hall 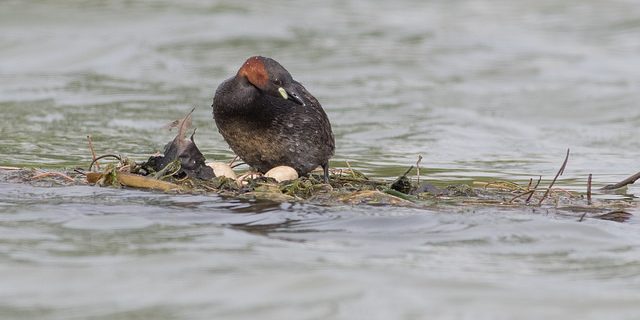 Yesterday we had a family visit to the craft fair at RHS Hyde Hall and I was not planning on taking many photos after taking 1600 shots the day before on Sheppey (blog post on that to follow!), but I always take my camera with me just in case. One of the craft tents was a bit crowded to take the buggy in so I wandered round the back with my daughter to the recently dug small lake show her the ducks. As I got closer I spotted a little grebe and a floating mass of vegetation nearby. I wondered if it was a nest, but it seemed to be in too open a spot, so I walked further around to get the sun behind me and saw eggs in the middle of it. 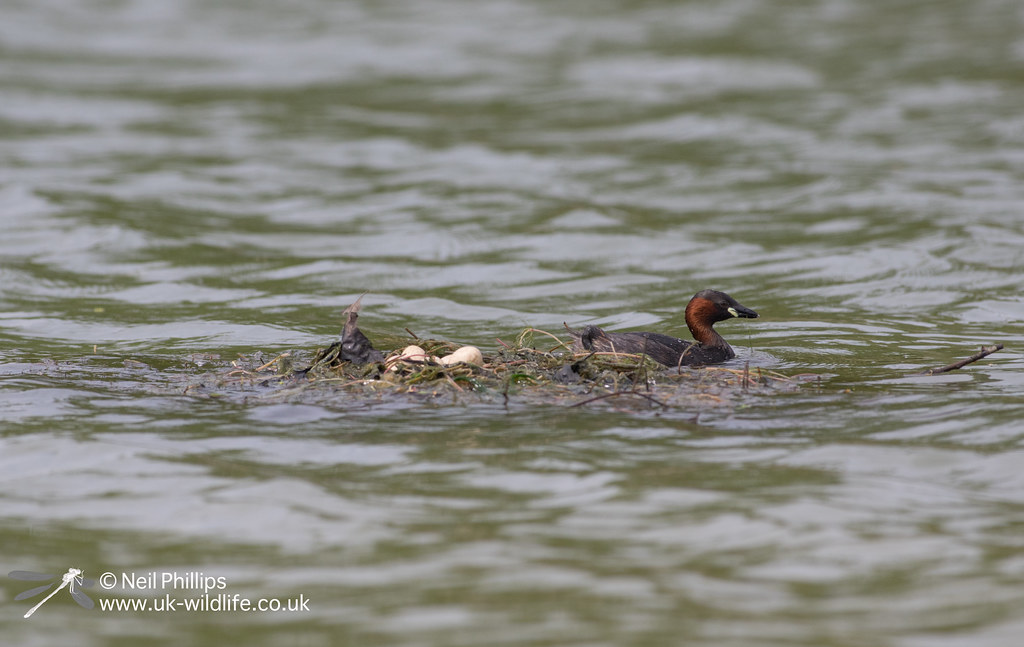 This was up the end of the lake with people walking by the shore (much closer than I was) and yet they seemed to be nest building, diving for weed and carrying it back to the nest. 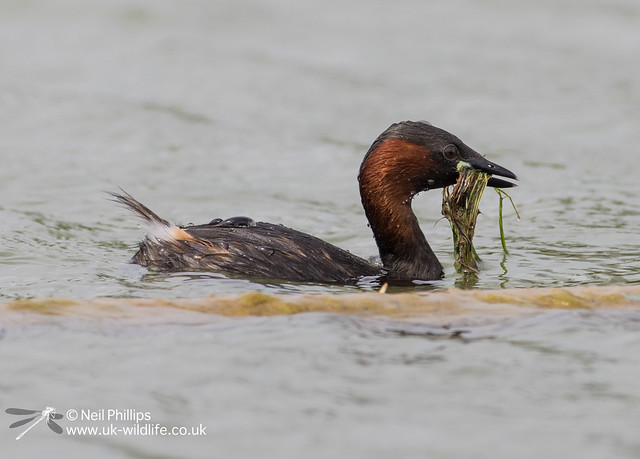 In case anyone is worried about me disturbing the nest, these are all crops and the birds seemed undisturbed by me and other people that were wandering closer than I was sitting. In fact the adults came up reasonably close to me at times. 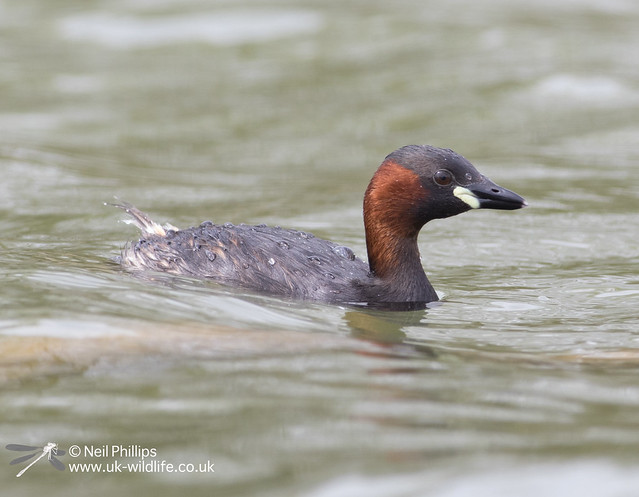 Unfortunately all was not well. As you can probably see in the photos, the strong breeze was making the lake quite ‘choppy’ and the nest was clearly drifting towards the shore. Zooming in on my photos I could see the water was reaching the eggs, despite the best efforts of the parents to build up the nest and roll the eggs higher. 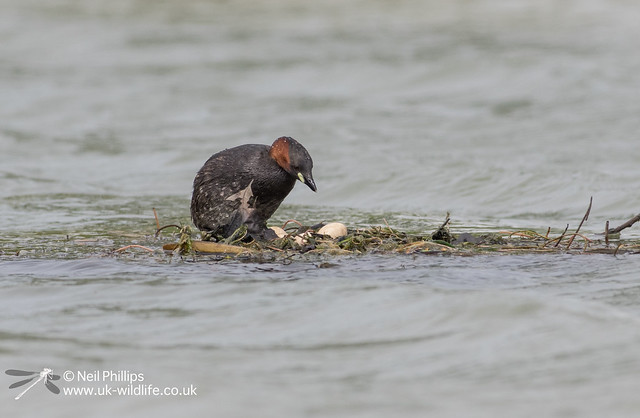 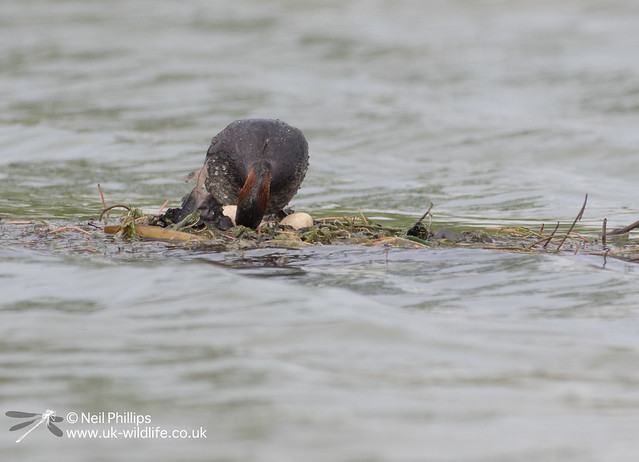 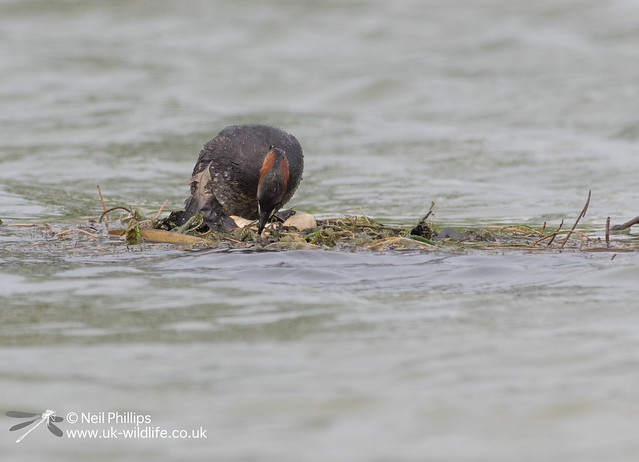 Despite this the grebes continued diving for weed to try and build up the nest. 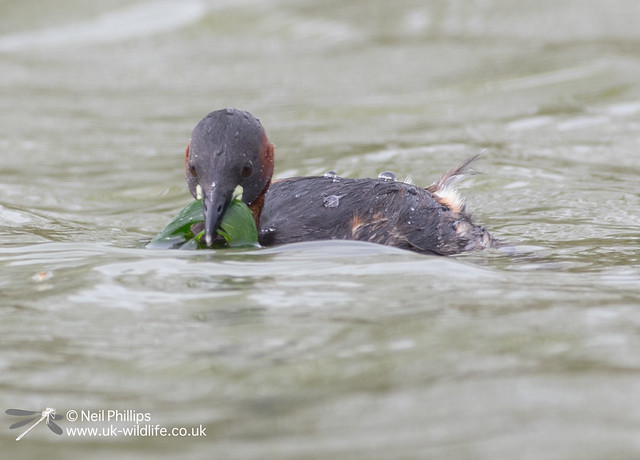 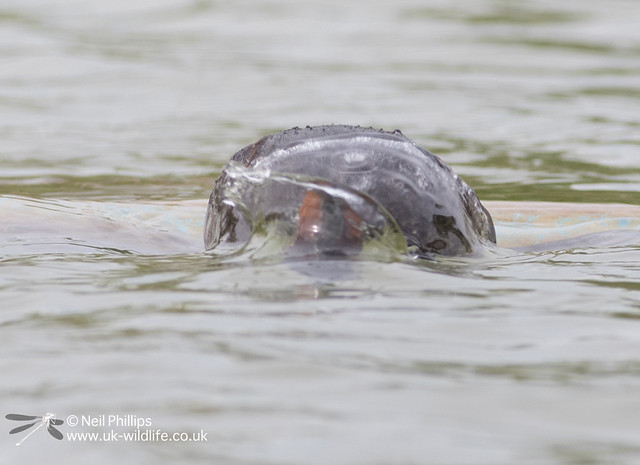 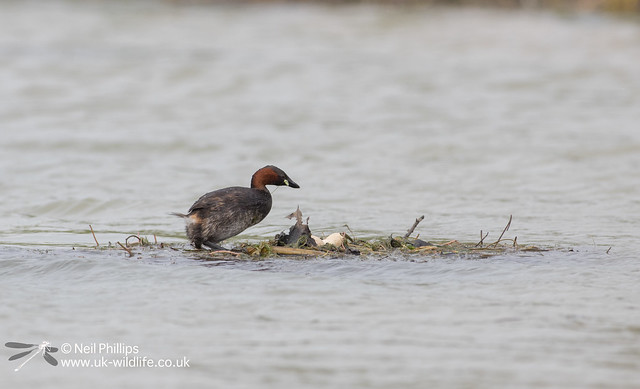 It was about this point one of the wardens/gardeners turned up and I pointed out what was happening, just so they were aware. We were however not the only ones watching the events unfold. as a crow appeared and quick as a flash it had one of the eggs and was eating it on the grass nearby. 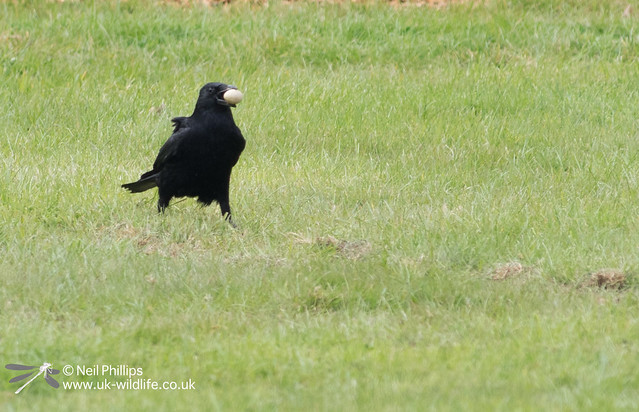 Crows are smart birds (they don’t call them avian primates for nothing) so it knew there was a free lunch on offer. It came back a agin but failed to get an egg. 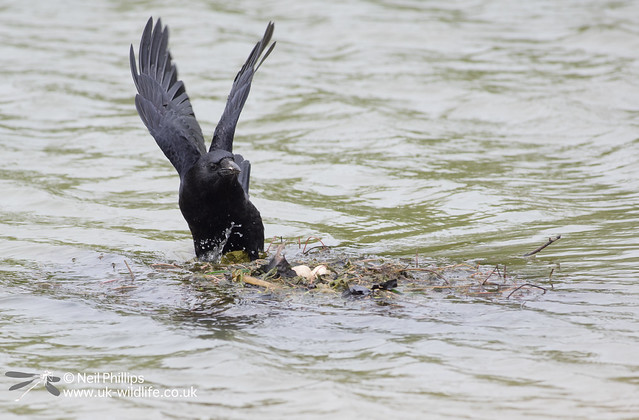 On the next attempt it grabbed one and took off. 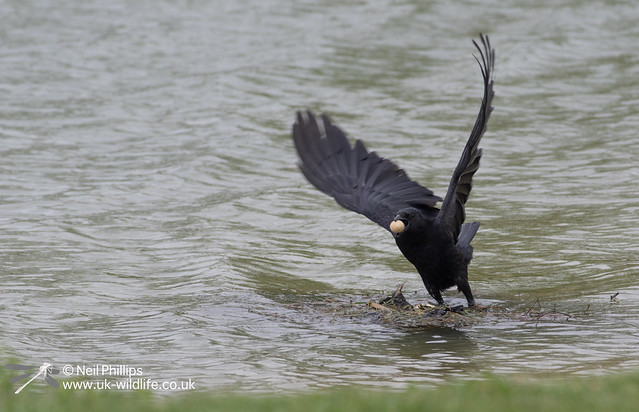 The parent little grebe was to late to do anything. 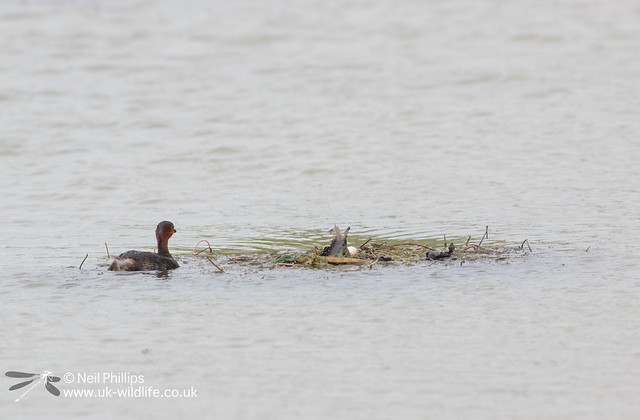 This may seem a bit heartbreaking for the grebes, but these eggs were probably doomed anyway, with a nest that was floating freely (the warden told me it was at the other end of the lake the day before!) and the eggs sinking into water would mean they would become chilled and die.

There were now 3 eggs left and only one fate awaited them. Back came the crow… 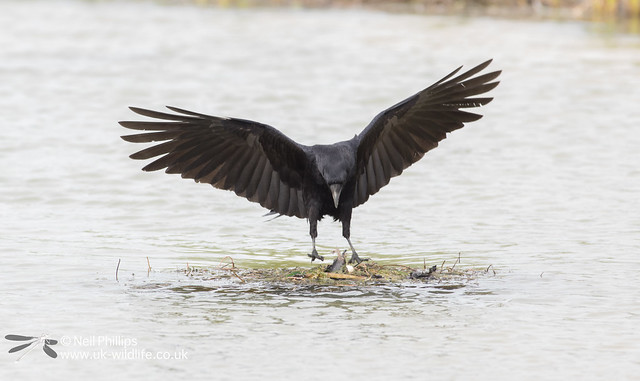 And the adult tried in vain to stop it 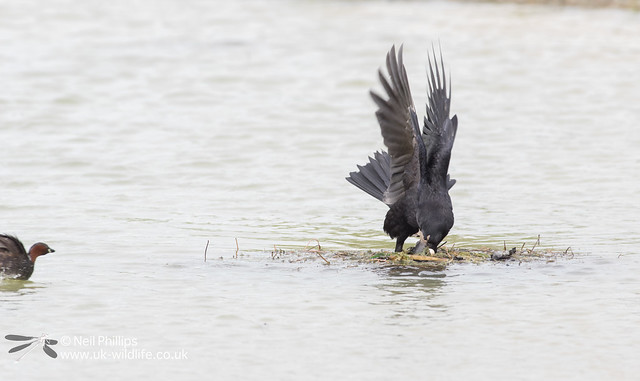 Interestingly the adult dived as it got near the nest. I am not sure if it was worried about being attacked/eaten by the much larger crow or it was an attempt to get the crow wet. After all, if the crow got water logged feathers away from the lake shore it could easily drown. 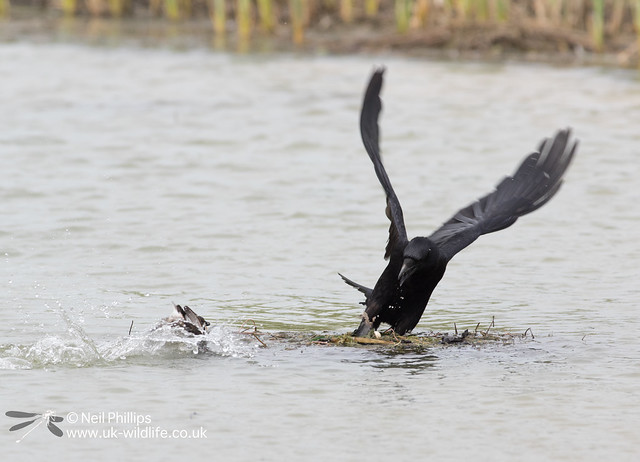 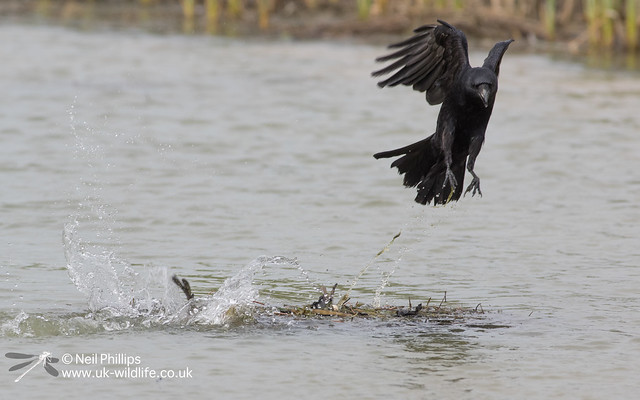 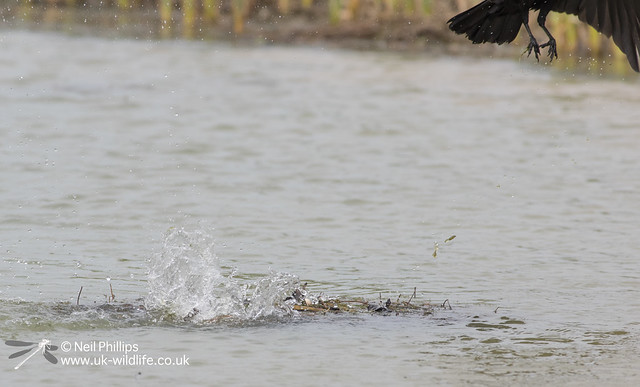 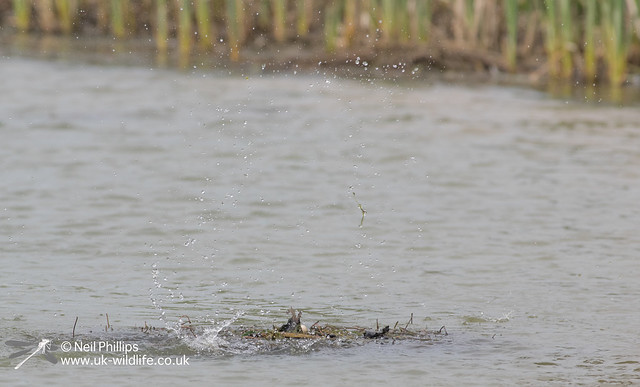 Now down to 2 eggs the little grebes still tried to build up the nest. 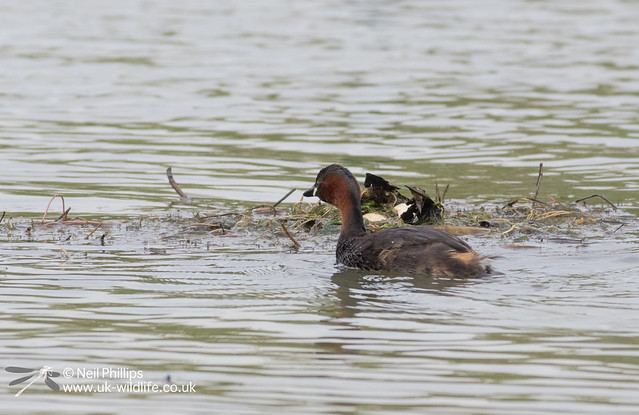 The crow had been joined by a second and one (I think the original crow) actually came in and landed on the nest and started feeding on 1 of the remaining eggs. The adult grebes did not even try to chase it off. 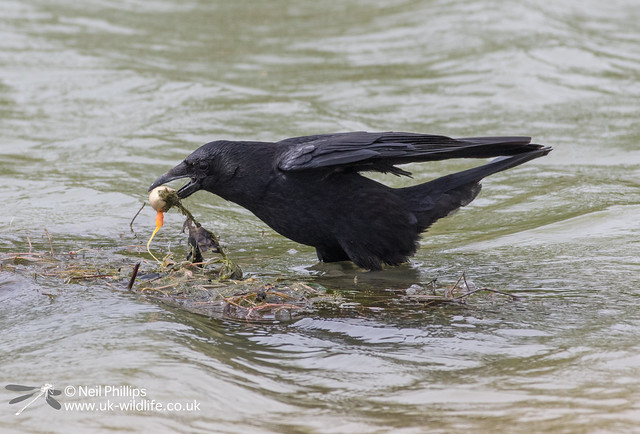 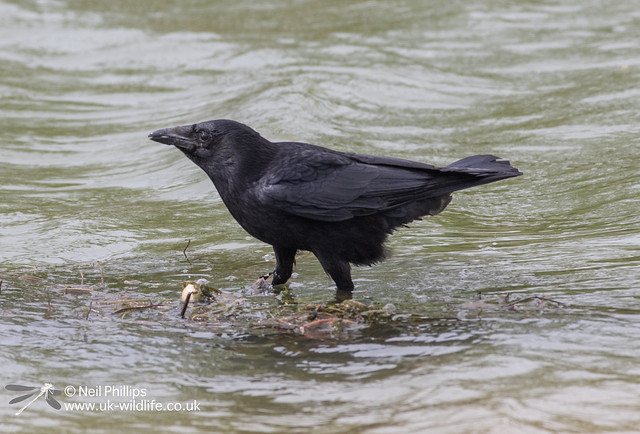 It then flew off with what was left. 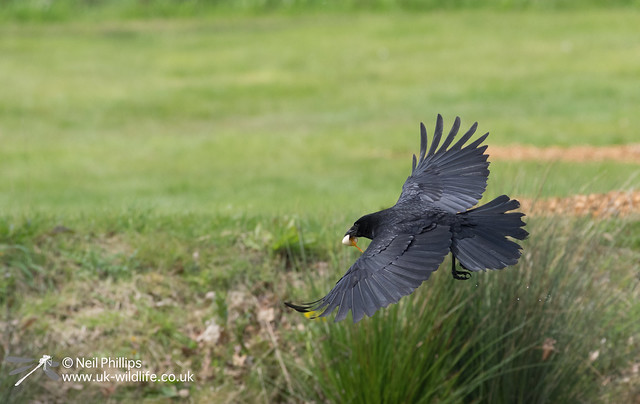 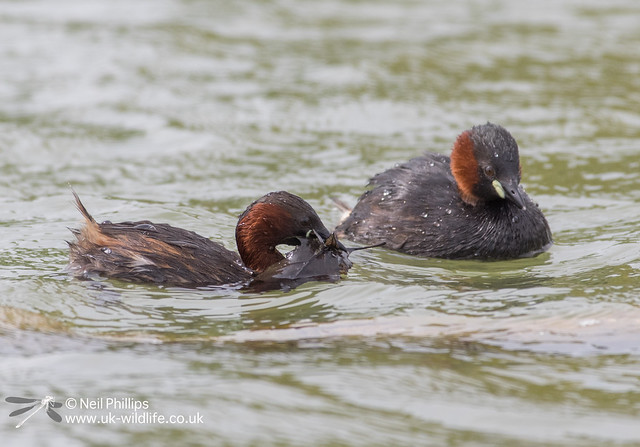 This was despite having only 1 remaining egg, which now appeared to be half immersed in water. 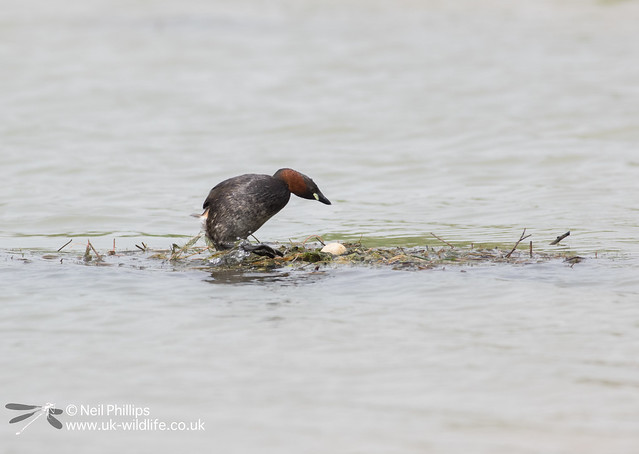 By now my wife had finished looking round the craft fair and it was time for lunch, so I left nature to do it’s thing. When I came back there was a predictable site, the nest now only a couple of metres from the shore at most, was now empty. 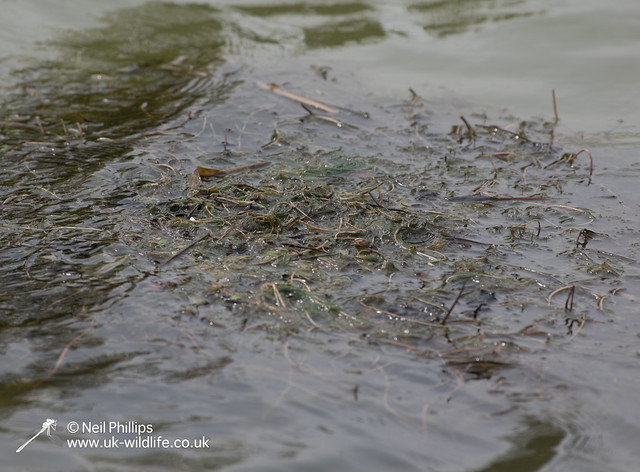 It may seem brutal, but in the end this little grebe pair built their nest in the wrong place, or at least did not secure it well enough. The crow cleared up and ate the already doomed eggs and now the little grebes will have time to try again, hopefully in a better spot.