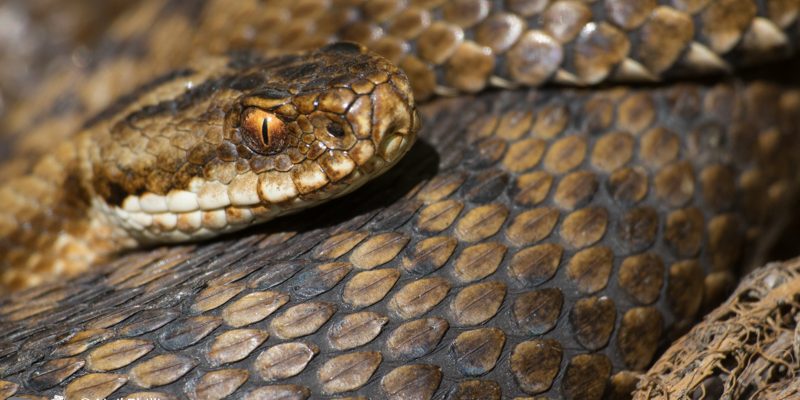 I blogged recently about a male adder trying to court a female, well 4 days after he was first spotted trying, he was still courting away.

Here he is sitting on top of the female. He felt the vibrations of someone else approaching and stuck his head up to look. 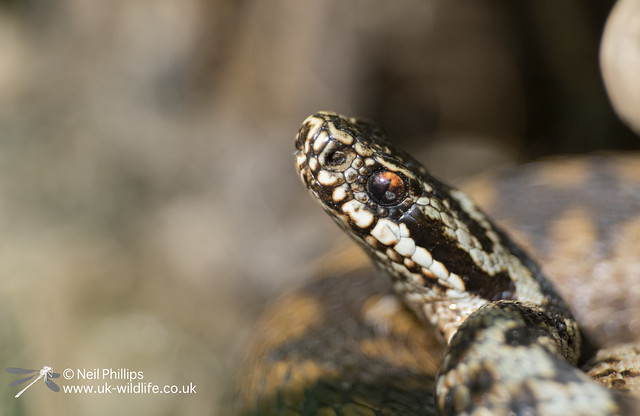 The female was still not interested as he crawled over and nuzzled her. 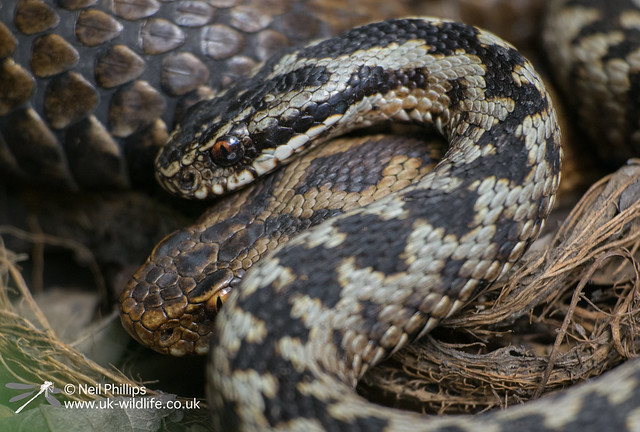 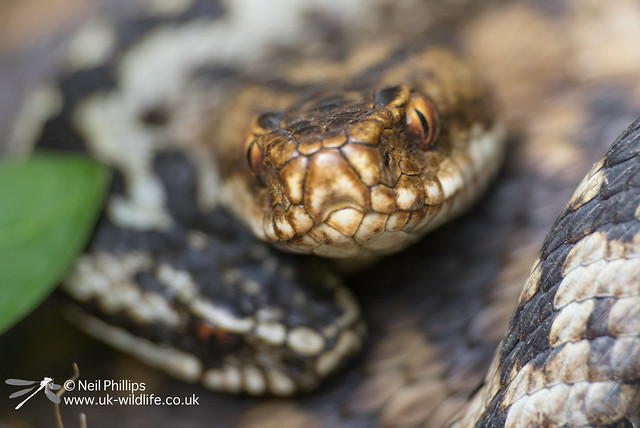 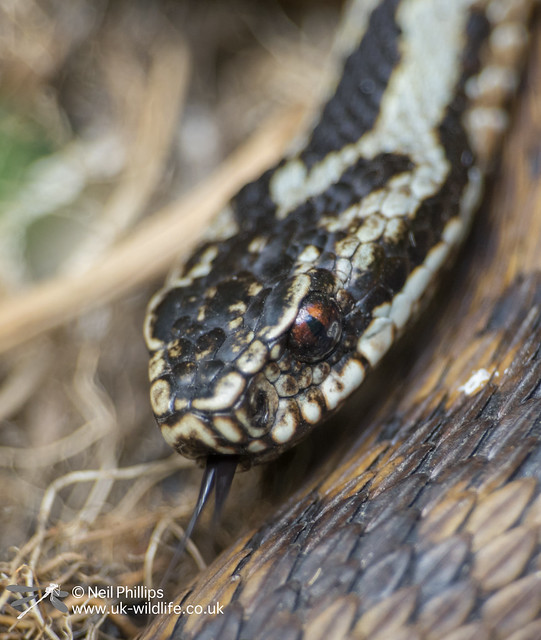 They say you should not anthropomorphise with wildlife, but tell me this does look like the face of someone who has been constantly crawled over and nudged for 4 days! 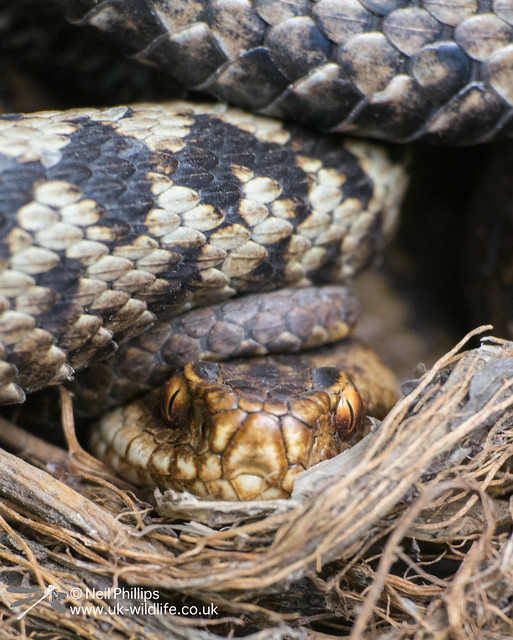 The male did in the end slide of to bask in the open briefly. 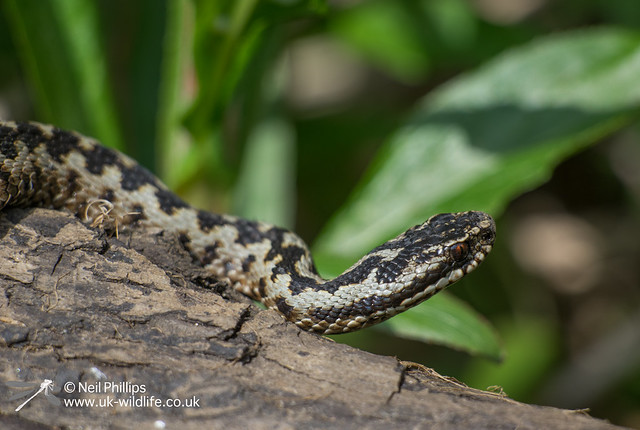 3 days later I had another look and only the female was present. 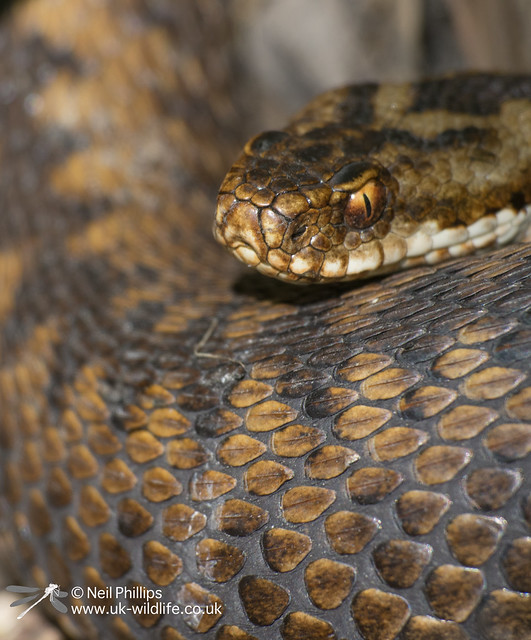 She posed nicely for a few shots though 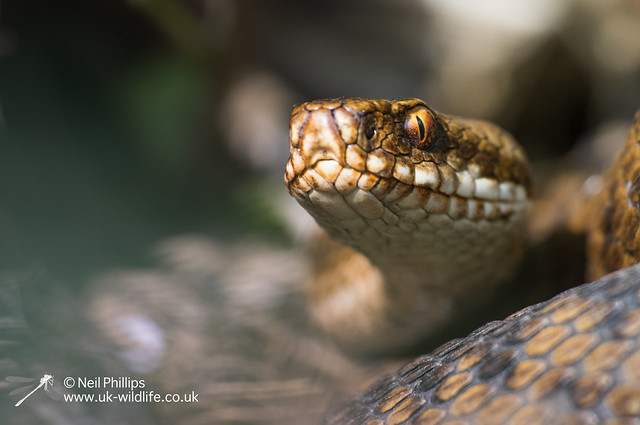 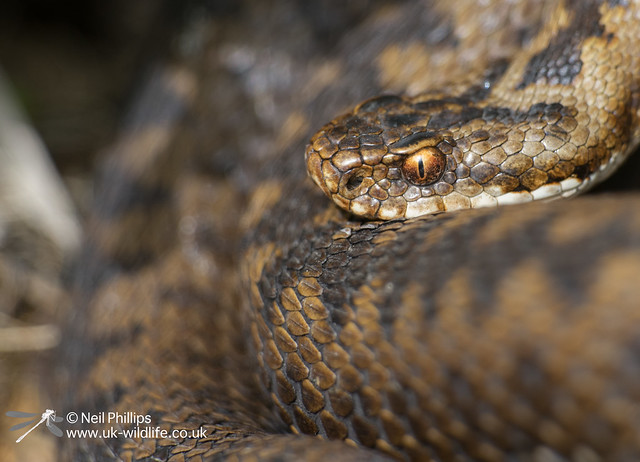