You are here:
bird 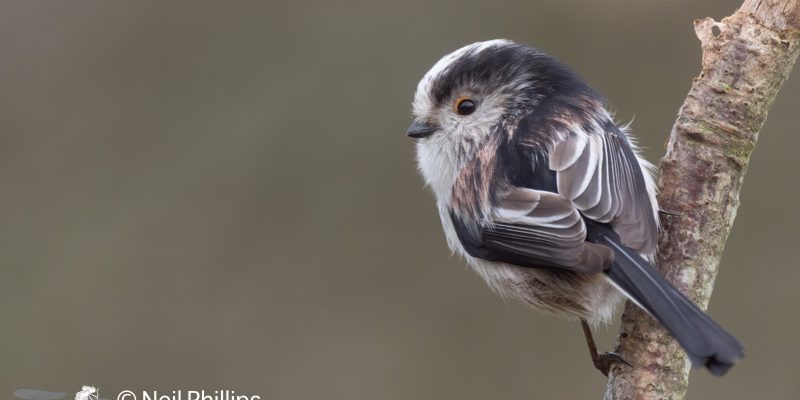 2019 will go down as a mixed year. I have tried to limit myself to 1 image a month which I failed miserably at!

I’m going to do another post of the best freshwater photos too!

It started off slowly as my ‘dream job’ I had been working towards getting really started to turn into more of a nightmare, but I managed to get out on one day off in January and finally get some nice photos of fieldfare.

Scrolling through my photos from February, I didn’t really get an opportunity to get out with the camera for wildlife.

March wasn’t much better, I was exhausted and stressed, which meant I needed to get out, but my March trip to the Royal Parks was one of my least productive trips there and I was starting to work on my days off eating into the number days I could get out. I did however manage to get my mum up to Lackford Lakes and get her a good view of a kingfisher for the first time and her first ever nuthatch. Highlight for me was this wonderful marsh tit.

Then at the end of March I realised that the stress of the job was becoming detrimental to my health and despite my career aim having been to get a job with the organisation for over 10 years, I walked away. Not a great feeling and I still suffered the symptoms of stress for a few weeks after and lack of confidence for months (and perhaps even now a bit). I met some lovely people there, and I wouldn’t have lasted nearly as long there without them, but in the end it wasn”t even the job they offered me (on top of all the other issues…) and I figured my family would rather have a healthy poorer dad than something else.

Luckily I was still employed elsewhere so I picked up some part-time work over the summer to keep my head above water financially in the summer, and it meant I had more time to spend with the family and get some ‘nature therapy’ as its referred to.
First day out in April I headed to a well known adder site and spent a whole morning sitting on a (surprisingly busy) path watching and trying to photograph adders. At that time of year it is (even more) important to avoid disturbance, so I was pleasantly surprised when this adder (which was a good 4 metres away basking in a gap in the hedge) decided to move into a gap right in front of me, practically at minimum focus! Nature therapy indeed!

I finally had a bit of time to go and see the Oxslips. Only found (in the UK) in Suffolk, Cambridgeshire and my home county of Essex, it’s silly I hadn’t gone to see them, as I’m a big fan of cowslips, but they are found in the North West of the County, an area I’ve never quite made it too. But I finally did and they were wonderful flowers and I had the wood to myself!

April was turning out to be a good month (the 1 photo a month thing is now out the window). When a friend told me he had found some fox cubs in bluebells I cheekily asked him to take me. He very kindly did take me. I had never seen such young cubs and they were in bluebells. Never got THE shot but a privilege to see.

The the month got even better when a good friend took me on a smooth snake survey in Surrey, we did find one (a first for me), but highlight of the day was this stunning male sand lizard. I saw it in the corner of my eye midstep, froze, was sure it was going to go, but thankfully it didn’t as I moved slower than traffic after an accident at the Dartford Crossing, I got my camera pointing at it a fired of a number of shots. It was another new species (in the UK at least) for me and meant I have now seen all the native UK reptiles!

May was another productive month. Lots of family time and few trips out. In the garden the red mason bee colony was at least 50+ bees, I got this image of one in its bamboo tunnel.

On a trip to Hanningfield I was pleasantly surprised when this garden warbler hopped up almost in front of me!

A friend found some nightingales locally and I managed to get this video.

After a semi successful trip to Goring, where I got the orchids, but only one (damaged) club tailed dragonfly, I popped down to Thursley rather than sit in the traffic on the M25. Turned out to be a good move as I had the (in)famous Colin the cuckoo to myself! He came quite close!

I even got some slow motion video of him, here is a quick montage of shots (i need to edit them a bit better on a future date!)

Towards the end of June I got selected for a place on a Olympus experience day at Croft race track in Yorkshire which was fun. On the way up I stopped at the top Marsh fritillary butterfly site in the UK. I had gone looking for this species and failed in Wales and in Cornwall, but it was third time lucky – there were over 1000 on the wing in the 2 large meadows!

I stayed with a friend in Yorkshire and ‘dragged’ him to the Farne Islands, where I photographed the usual suspects.

A poppy field appeared 10 minutes walk from my house, but a criminally long time to go see it! I did eventually get there though!

In July I visited the water voles and got a few nice shots, this was my pick of the bunch.

My daughter found this Drassodes sp. spider in my mum’s garden, and I took a stacked image.

In August I was busy with helping at events and visiting Birdfair. I did go up to see a friend in Norfolk to photograph neotonous newts (I’ll blog about it in my 2020 pond creature summary post). While doing this a little mouse came out and posed.

In September brought a new job, which is great and I finally got round to seeing the British scorpions in Kent.

I also found out about a lovely hornets nest locally.

In October I made a few log piles which proved good for the lizards.

I also saw a gull try to eat a pigeon!

In December there were some nice frosty mornings.

This goldfinch posed for a differently lit shot.

This Stonechat hung on in strong winds while I tested out my new 2x teleconvertor.

I set up a hide and some feeders and had some good luck with the long tailed tits.

Finally here is a couple of pheasants that I saw fighting many days, but it was just before Christmas before they did it on a sunny day.

I should also mention i teamed up with Victoria Hillman and started the UK Wildlife Podcast which is already on Episode 4 and approaching 500 downloads. Go check it out if you want to here fortnightly rambling on British Wildlife.

I will do a summary of the freshwater life photos soon, but for now I’ll just say Happy New Year