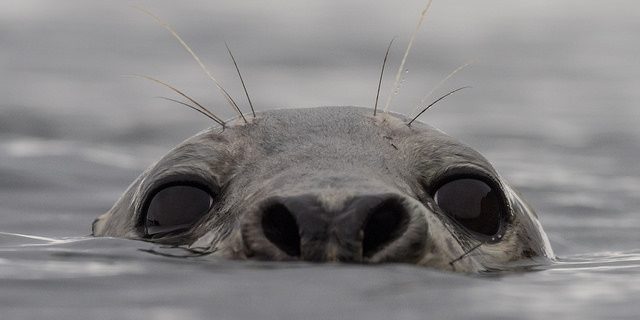 Going back to a couple of weekends ago, while on my birthday wildlife weekend, I spent an afternoon at a seal colony. Descending the steep cliff path down towards the colony, we could see a number of seals out on the rocks. 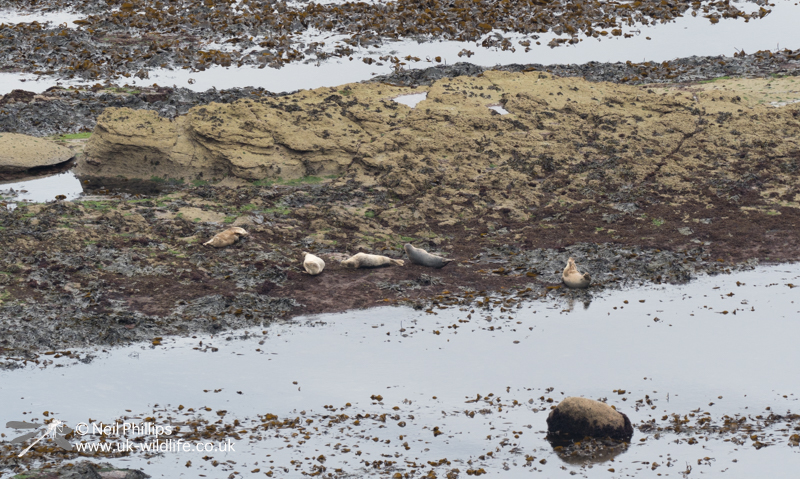 The weather was warm and this small seal was sitting on a rock, lazying about. 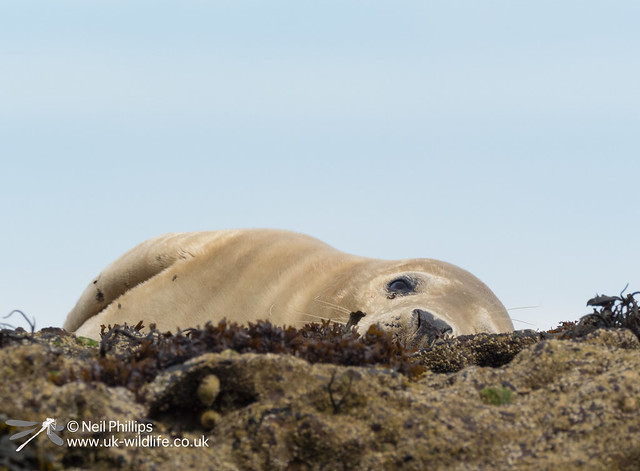 Occasionally looking up at the people passing by 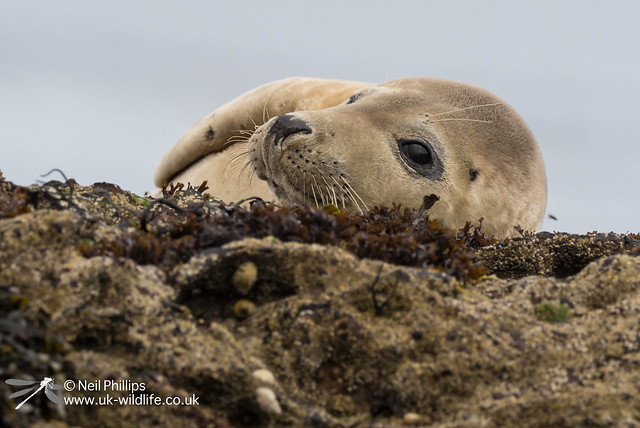 Or to scratch an itch. 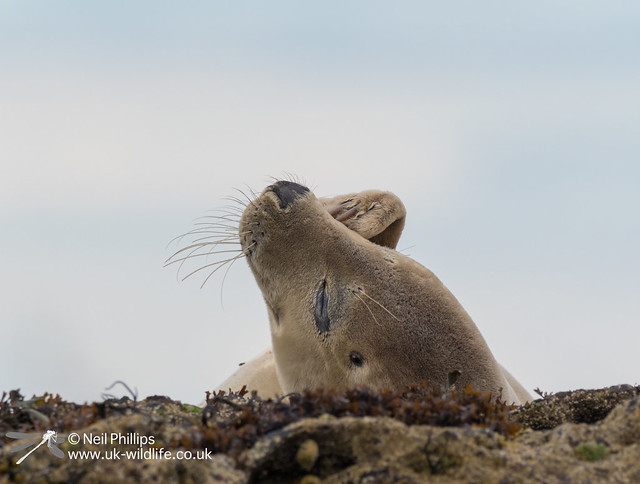 The blue sky soon disappeared to be replaced rain and cloud 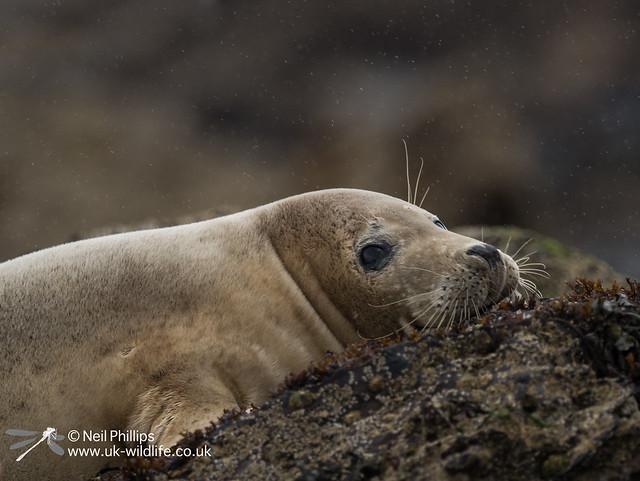 I was planning to get photos of seals in a lovely blue sky reflecting sea! Still being aquatic the seals themselves didn’t mind the rain! 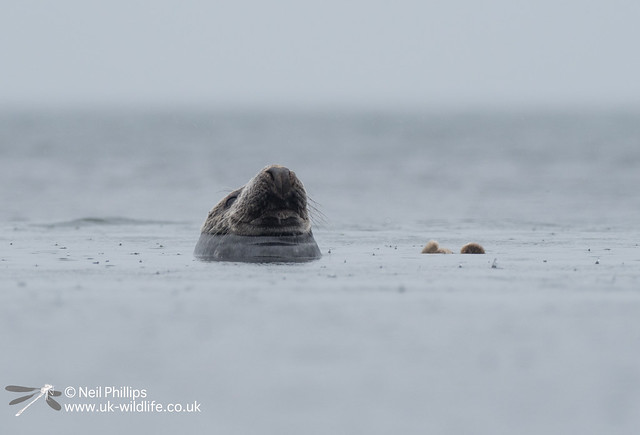 So I changed plan and first tried for some high-key photos, aided by the uniform grey sky reflected in the water. 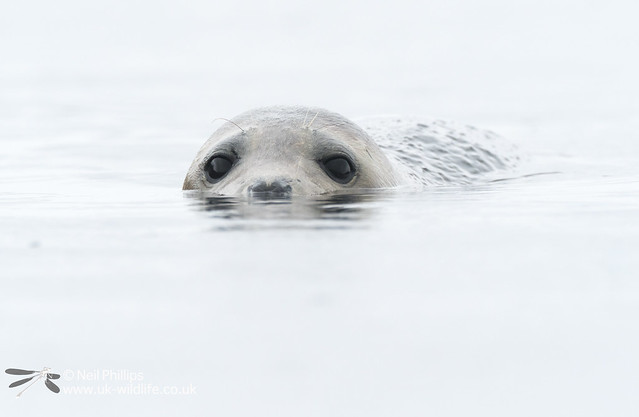 The most confiding of the seals unfortunately had some sort of growths on its face. Thankfully it didn’t seem bothered by them, but it did make it less photogenic. 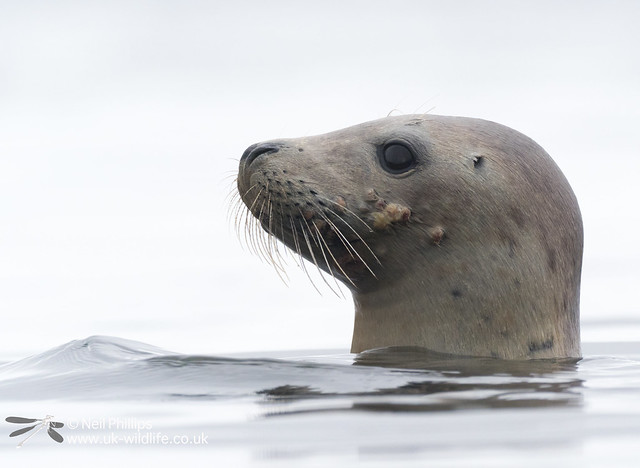 By lying very still at the edge of the rocks, the seals came in with the tide and swum up pretty close. 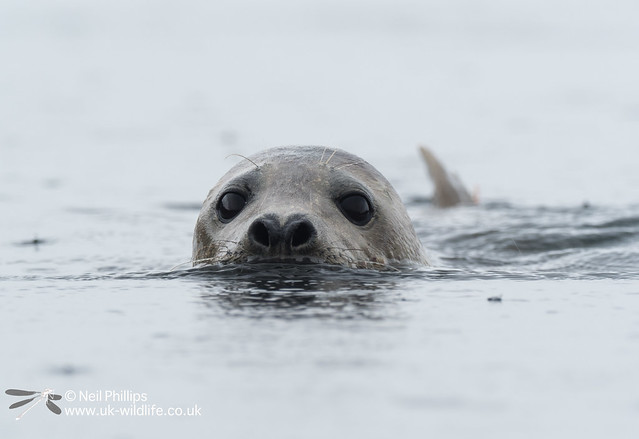 They were certainly curious to what this weird thing lying at the edge was, so also tried some close ups. 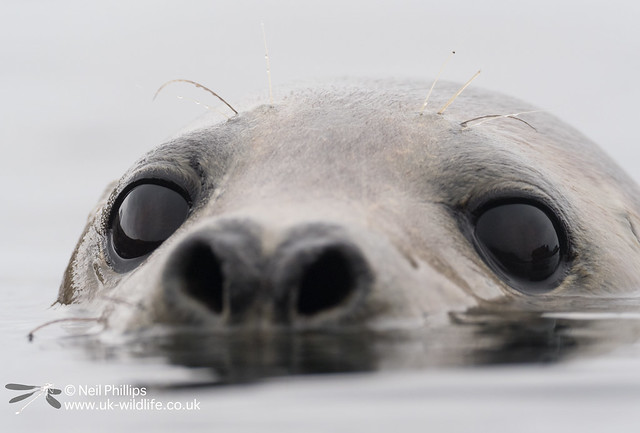 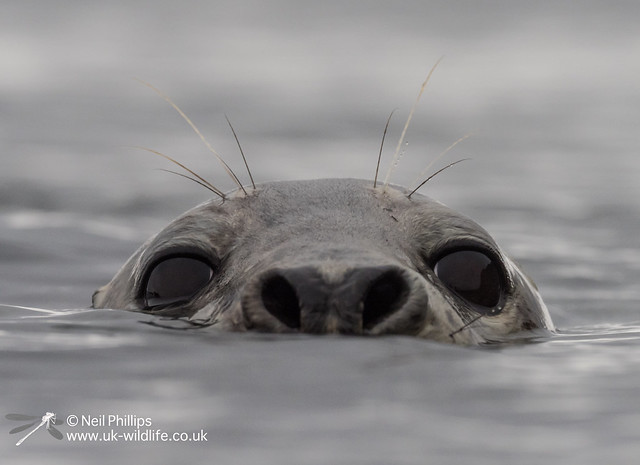 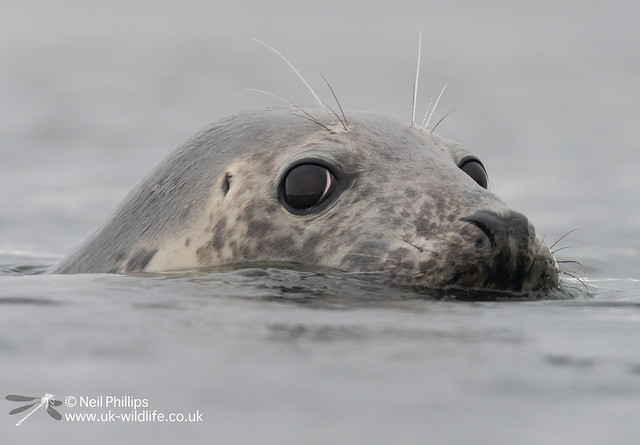 As the tide came in further they began swimming in water with the cliff reflected in it. I had to crank up the ISO a bit higher than I prefer, but got some nice images. 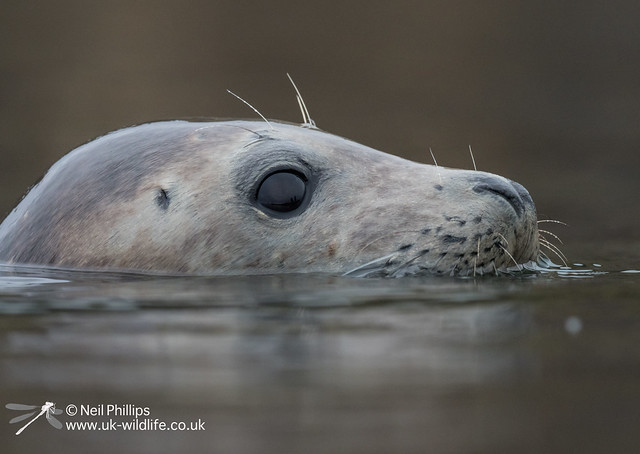 I just love those eyebrows! 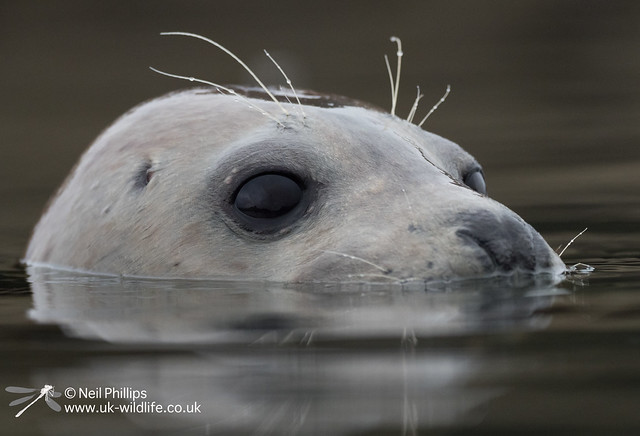 They were swimming so close you could hear them breathe out as they surfaced. 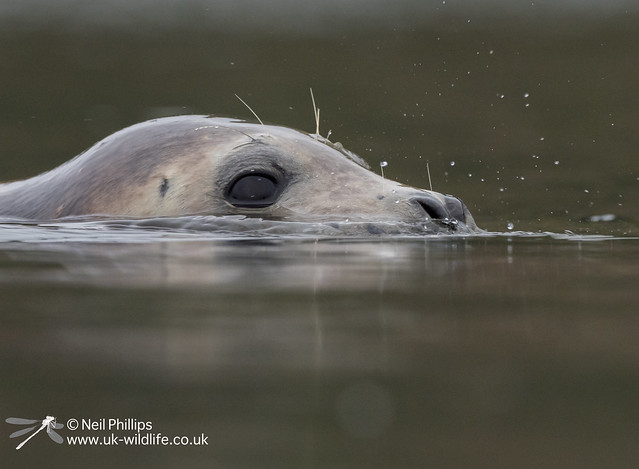 At a couple of points a seal came in very close. This is a bit of a crop. 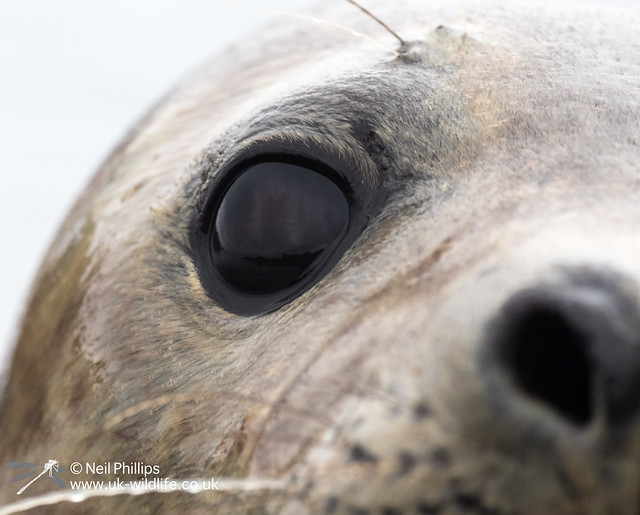 But this one is uncropped at 600mm equivalent. I felt a bit like one of the wildebeest waiting to cross the river with crocodiles looking up at me. Thankfully seals are not dangerous, unless you do something very stupid! 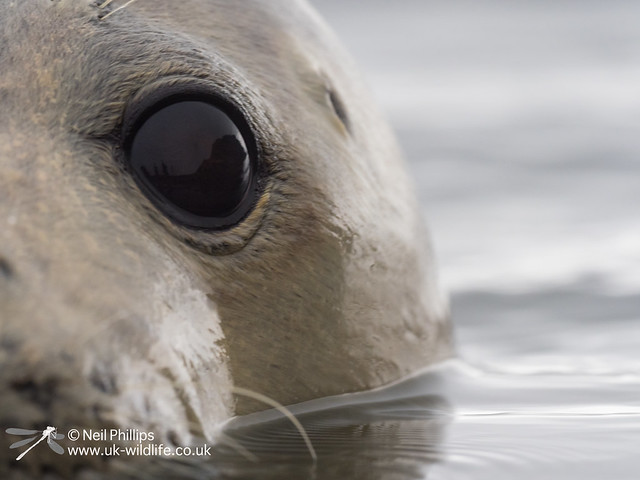 Between the torrential rain, wet seaweed covered rocks and the tide rising when I didn’t want to move and spook a seal, I was soaking wet from my ankles up to my chest, despite wearing a waterproof coat! But it was worth it!

Driving home the day was finished off nicely when we were treated to this sunning sunset. 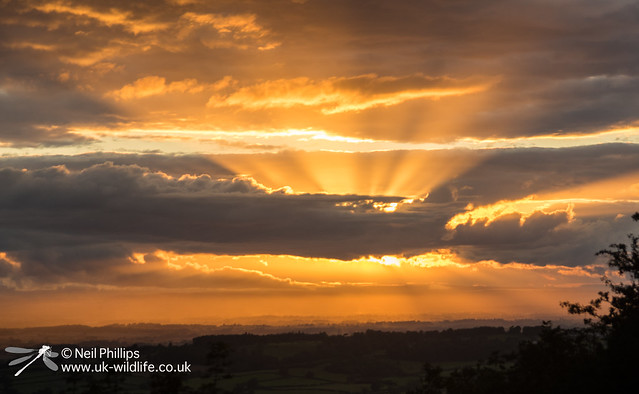 A good day, with thanks to Stuart, Gill and Dave for their company too!