You are here:
amphibianbirdBOPfrogRSPB Rainham 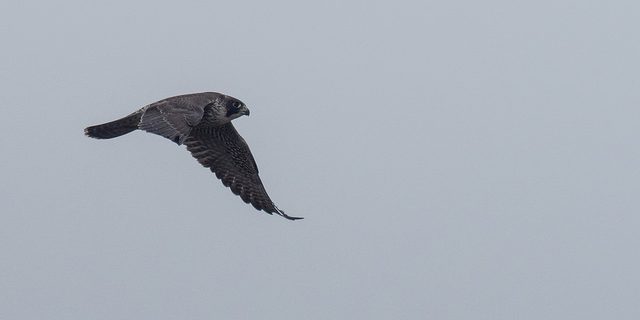 Had a quick family visit to Rainham Marshes this morning and it was an enjoyable couple of hours.
I didn’t have the time to put my usual effort in, but had some good sightings that are worth posting about.

I started off saying hello to Howard who was set up on the sea wall and he pointed out a flock of bearded tits flying around so we headed in to the reserve to see if I could find them.  They seemed to be working along the ditch so I stopped ahead of them at the bus stop bird screen.  I got out my camera and was deciding if I needed the teleconverter when 4 birds flew in and this male posed on a reed stem. 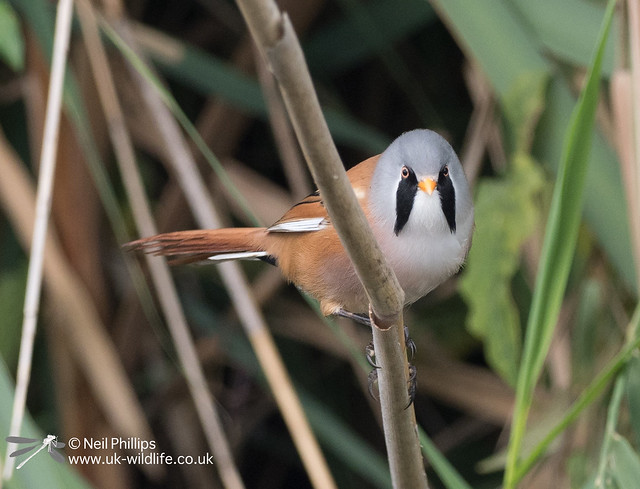 I had to crop a fair bit, but the 300mm lens is sharp enough to still give good quality images when doing this. 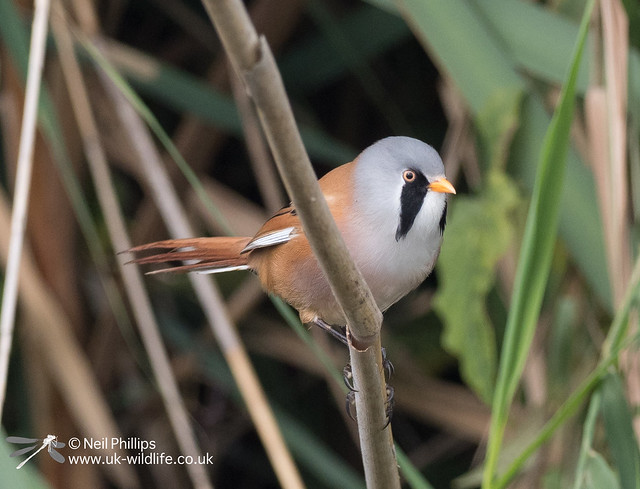 Further round I reach the part of the reserve where a black tern has been hanging around. The light was a bit rubbish and the bird was fast and agile, ducking and diving, making it hard to track. I only had 5 or some minutes before the family would get bored so I got what I could. 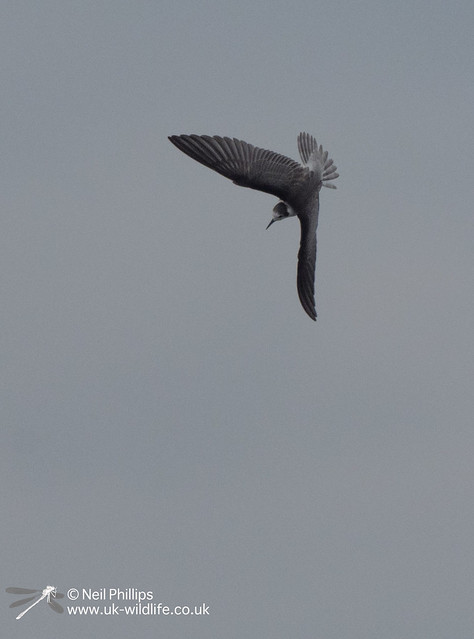 I struggled to start with trying to track such an unpredictably manoeuvring bird at 840mm equivalent focal length, but I switched the autofocus to a larger number of focus points and it tracked it well, at least when I could keep up with it! 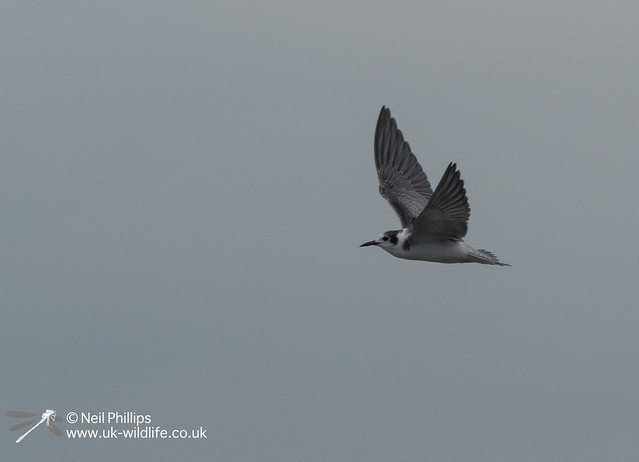 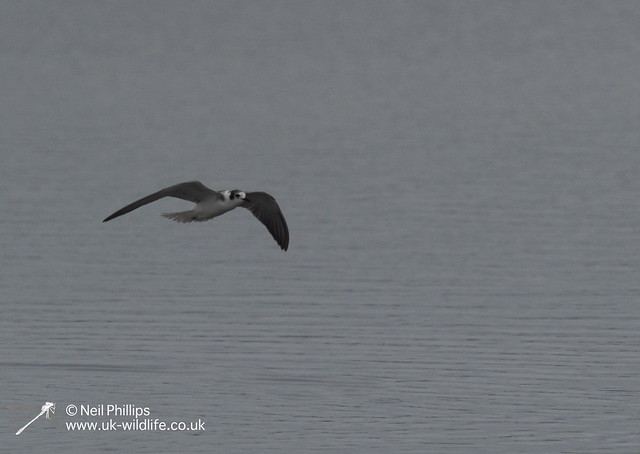 Then, out of nowhere, a juvenile peregrine appeared and stooped at the black tern (not the easiest target!) before swooping up and trying again, which is when I managed to lock on to it. 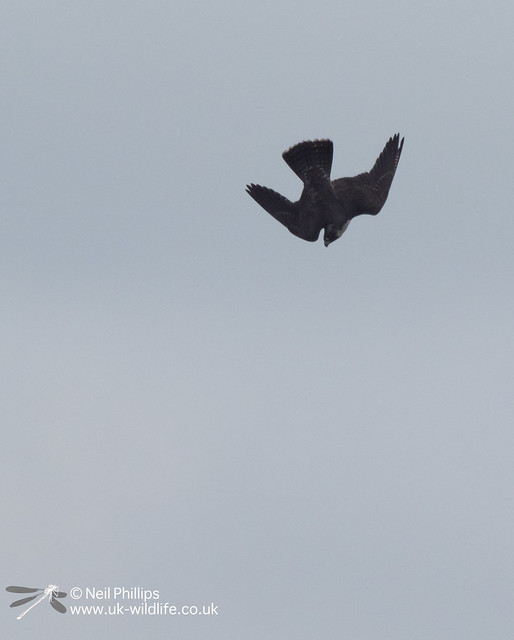 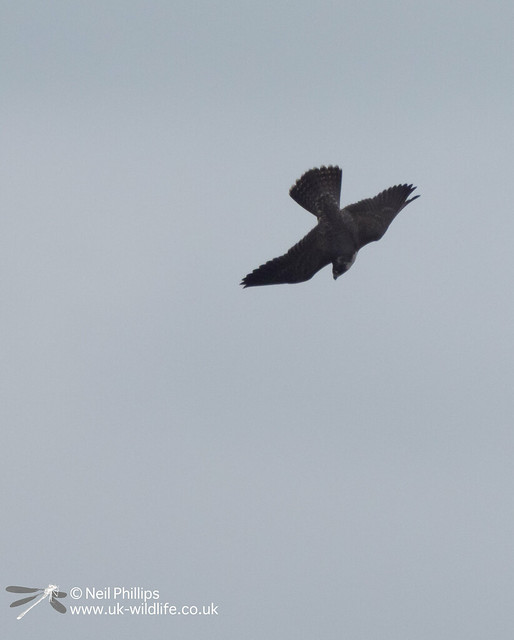 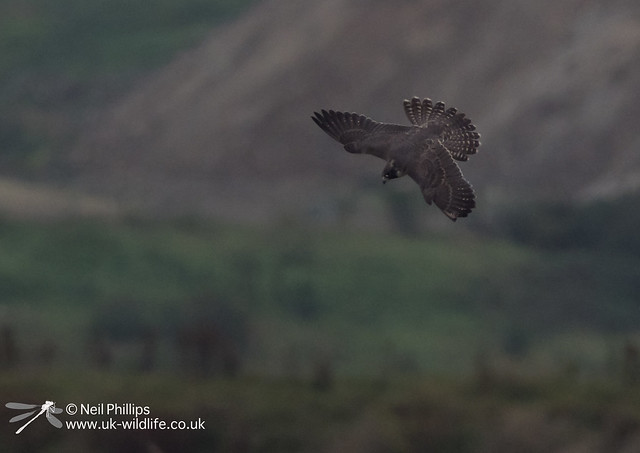 Luckily for the tern, this was a young inexperienced bird and it missed. 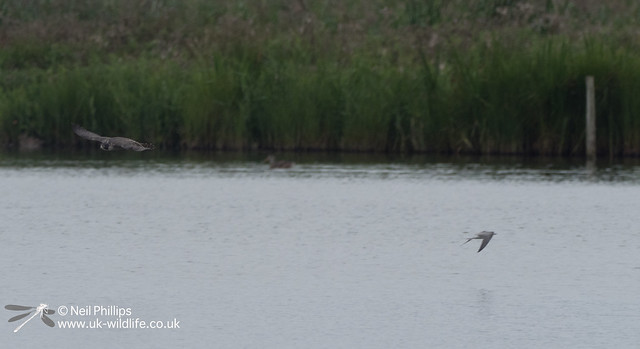 It then veered towards where I was standing and I got a few shots as it passed. 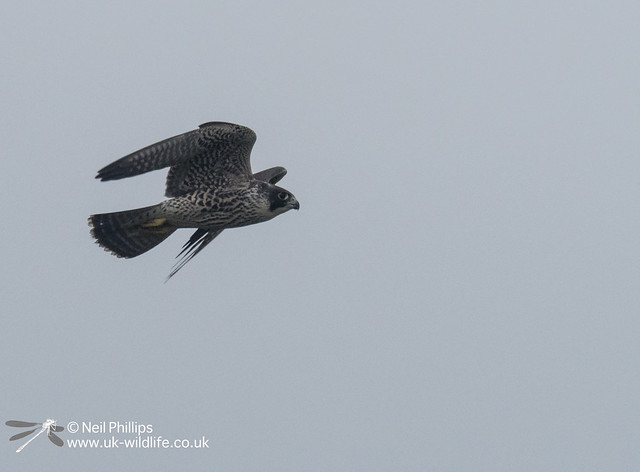 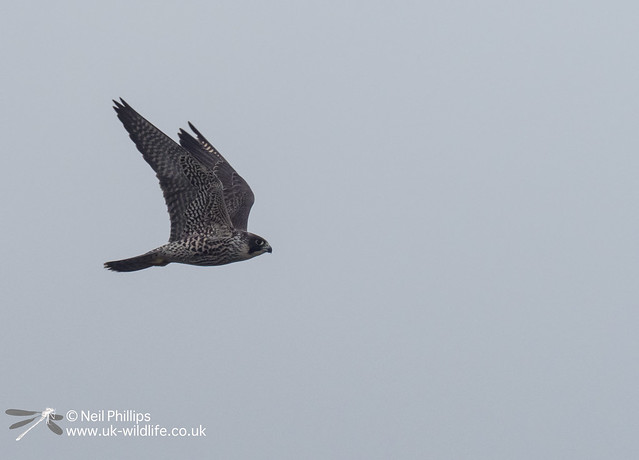 As we carried on round, the weather brightened a little, but my hopes of photographing a marsh frog or two were dashed when my favourite spot was fenced of and a diversion in place. Turns out the boardwalk is beyond repair and wont be reopening. Luckily I recently found a second spot, where I got this. 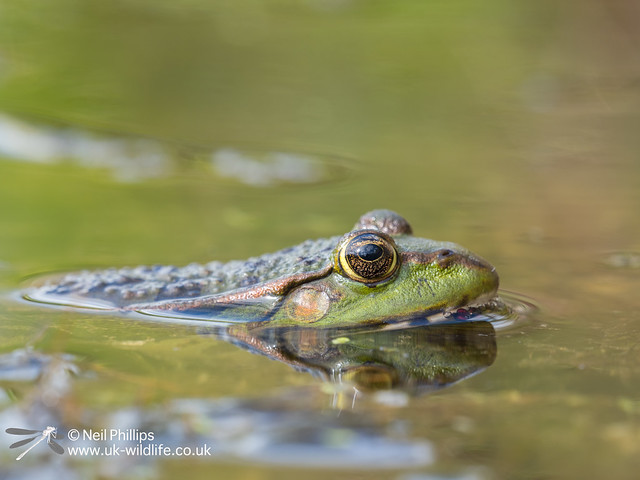 As we came up to the Purfleet hide a hobby started flying close and hunting around the reedbeds and seawall. Frustratingly it stayed almost the entire time between me and the sun, but I did manage one good shot. 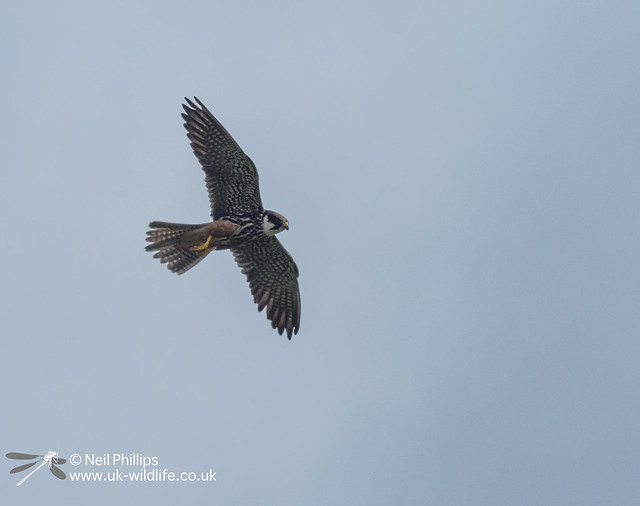 The walk finished with a nice lunch in the cafe, after a nice morning with some good sightings