You are here:
birdinsectmammalPhotographyPlantUncategorizedWebsite news 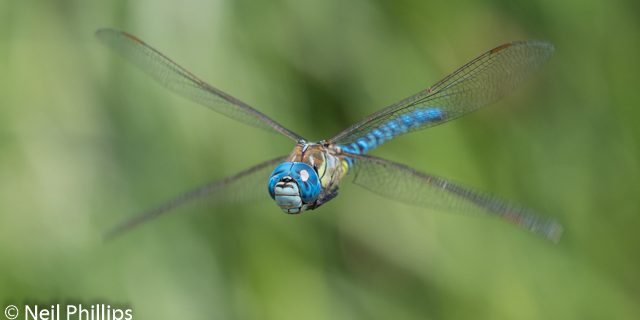 2018 has been a mixed year. It started with a sad loss, but also had a number of positives. Having a toddler running round, the impending arrival and then arriving of child number 2 and starting a new job all meant that time for fun stuff like photography was restricted and there was no family holiday, but I still managed to squeeze in some good days out.
Sticking to sites I knew and had experience of meant I was able to maximise the time I had with some satisfying results.

I have tried to sum up my year and added some of my best photos (but held back others for competition) so please enjoy!

I didn’t do much photographically speaking in January, other than some pond creature photography at the start of the month.

In February I worked on my Snowdrop project and had a trip up to the London Royal Parks where I finally got a decent shot (or 2) of a redwing, before encountering a scruffy looking heron

As spring arrived I had a nice encounter with this fox on my way to my car one evening.

The end of March heralded the Beast from the East with snow and sub zero temperatures. Somehow among all this ‘my’ frogs managed to breed in my pond. This pair were put in my bird water tray on their way to the pond for a few shots before I helped them on their way one evening.

Staying with amphibians, I was quite pleased how this palmate newt photo came out

In April I found this juvenile Pseudeuophrys lanigera jumping spider and managed to get it sitting still long enough for a stacked image, meaning I finally had a decent jumping spider photo!

Child no. 1 continued to grow and take more notice and interest in the world around her. This included the wildlife and I had many wonderful moments with her excitingly point out spiders, picking up and holding woodlice and shout (and unfortunately sometimes scare off!) when she saw birds. Who knows, I might even get her using a camera by the end of 2019!

We had a family trip to the zoo later in the month and one of my favourite species, a Komodo dragon was right up against the glass, so I had to try a stacked image!

I had more success with jumping spiders when this one just posed on a wall allowing me to fire off multiple 100+ image stacks!

I once again tried to get some images of emerging dragonflies. I spotted a few exuvia one day so got in early the next, but there was no sign of emergence. I came back an hour or 2 later after working and found 3 or 4 that had just finished emerging! Typical!

While surveying a pond I found literally 100s of Lestes damselfly larvae, but the highlight was this little finger sized diving beetle larva!

Back in 2009 I saw my first ever green hairstreak at Wat Tyler CP. I have seen them elsewhere since, but I finally saw one again at the site and it even posed in the morning sun for me.

I also finally found a reliable spot for lizards on the site, I don’t think I’d missed it before, but rather the population had grown and conditions were just right in the evenings a few hours before sunset. I visited a number of evenings for a the few weeks it lasted and got some nice shots, including one with a weevil on its nose!

I returned to the survey site mentioned earlier a few times over summer and recorded 100s of scarce emerald damselflies, which was nice to see.

I had yet more luck with spiders in June, this time a flower crab spider, in relatively calm conditions, eating a spotted eye hoverfly and posing for a few stacks!

I finally got a nice photo of and adult caddisfly to go with the many larva photos I have.

And I had a long weekend trip ‘up North’ with some friends, where we sadly missed out on trip to the Farnes thanks to the weather, but the sea calmed down enough the next day for our gannet diving boat trip, where there were also plenty of, my personal favourite, fulmars to see

On the way back we stopped off at Rutland Water, where I finally got a nice photo of a Hairy Dragonfly.

Fora few years I have been keeping water spiders on and off, hoping they would build a photographable (is that a word!?) web. Well in June, one finally did!

My old job would often involve showing a class of children around after the park had closed. 1 week we had 2 classes over a couple of nights, the 1st saw badgers (among other wildlife) while it was still light and the 2nd got nice and close to a rabbit, which stood up on its hind legs. Turned out it wasn’t checking us out, the resident fox had wandered a bit to close for comfort. Having 2 classes in awe of (cooperative) wildlife was a definite highlight.

On a trip to Elmley marshes I managed a nice photo of a sedge warbler, another common species that had evaded a good photo from me in the past.

I had lots of encounters with Southern migrant hawkers which became even more established in Essex in 2018, turning up in many places and in late July I saw them pretty much everywhere I went! This mating pair posed for me as the wildlife author Stephen Moss arrived on site to see them!

I was lucky enough to be shown round a top site for Fen raft spiders by Helen Smith in July and got some nice shots.

I had only seen dragonflies in the obelisk position (which they adopt to cool themselves down) a handful of times before 2019. The extended warm temperatures in the 2018 summer meant I saw them doing this quite a few time and managed a few shots, this was probably the nicest.

Stephen Moss popped down for another crack at finding a Willow emerald damselfly. We had all but given up when I spotted on a hedge just before we left the site. Not the best photo, but a first for Stephen, which quite nice considering the long list things he has seen!

I organised a meet up up some top macro photographers ( plus me!) at Thursley, but left it a bit late for some to come and a few dropped out last minute so ended up at Thursley Common with just me and Victoria Hillman. but we still had a laugh, some cake and got some nice photos. I showed Victoria her first beewolf (sadly they were in much lower numbers than last year) and glimpsed a hornet robberfly, and we had lots of fun with the lizards on the boardwalks, I even got this one ‘yawning’.

In August, I headed to a local park with top herpetologist Steve Allain, to look for some Marsh frogs with great success and a few nice photos.

And I couldn’t resist another look for some Fen raft spiders, and found this one eating another spider!

On a pond dipping session one day in August I finally found a second (and third) water stick insect, and got this lovely stacked image.

I also attended Birdfair again, and gave my improved ‘Life in a garden pond’ talk, which was well attended and recieved, met up with some friends and had a nice chat with Nick Baker.

After seeing the first ones ever at Wat Tyler a couple of years ago, there were a few buzzing round during late August/September at the RSPB pond, so I had a few lunch breaks to get some shots.

Having seen a hornet robberfly at Thursley Common I planned all of August to go back to look for more. Of course it was September by the time I made it, but I found at least 5 and some posed nicely for me!

At a local spot and friend had set up a feeding station for water voles. I visited last year, and a few times this year, but it was September that I got my best shots.

I found a nice patch of wasp spiders, which was reliable for a good few weeks and had good light in the mornings for photos.

Biggest surprise of the year was a Beluga in the Thames. Luckily I managed to go see him a few hours after it was reported as I had the afternoon off and it was local!

A pair of mating migrant hawkers were a nice find when visiting a Wat Tyler pond.

This Ichneumon-type wasp was drilling horizontally into the solitary bee holes at Langdon Nature reserve in October, nice to finally witness the long ovipositor in action and photograph it.

The first day of November was a warm one so I had one last look for some wood ants, with none at Norsey Wood, I moved on and managed to find some at Hanningfield Nature reserve, including this one dragging a dead wasp back to the nest.

In November I attended the British Wildlife Photography Awards, where my otter swimming in rubbish photo was highly commended and caught up with some photography friends and met some new ones.

I was busy with my new job, and the arrival of child no.2 the last quarter of the year, but did get this shot of an antler fungus at Thorndon Country Park.

I squeezed in a day in the Royal park in December, where I got a few nice shots and had a nice close encounter with this cormorant.

The last good wildlife encounter of the year was in a friends hide. Sitting waiting for a kingfisher to land on the perch, I lost sight of it as it flew across the water. Then I realised it has landed on the hide less than 2 metres from my face!

Thankfully it did eventually land on the perch!

So that was the highlights of 2018. All in all photography and wildlife moments wise I don’t think it was too bad all things considered.
Thanks for reading and I hope to post more regularly this year, with more video content too, at least that is the plan!
So that just leaves me to wish you all a happy and healthy 2019 and may it be full of lots of wildlife 🙂