Greater spotted woodpecker at the feeders 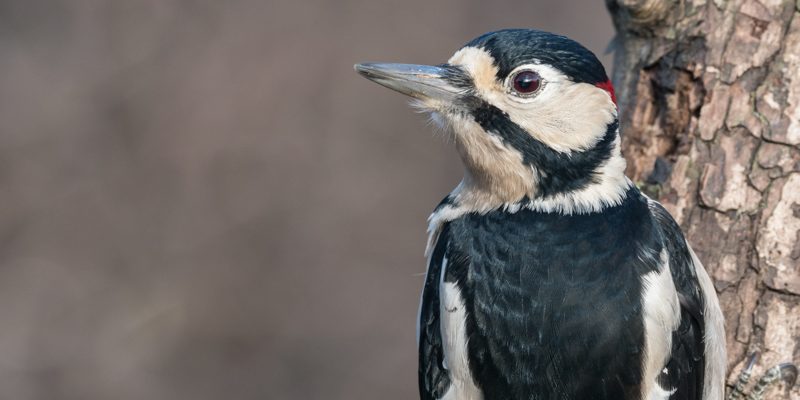 Over the last few weeks I have been keeping the feeders stocked up as the temperature starts to drop and the great tits, blue tits and sparrows have begun to return, along with a chaffinch or 2. Hopefully some more interesting birds will appear as the winter progresses.

Last Friday I created a set up to bring the birds in close, near the minimum focusing distance for my 300mm + tele converter combo. As I settled in to get some shots, a greater spotted woodpecker landed on a nearby telegraph pole, before flying into a vertical dead log I put up for bird to sit on. 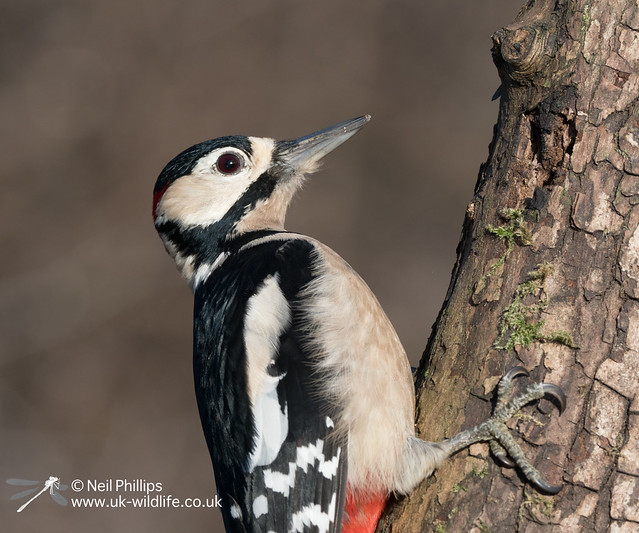 I was set up to get close in on much smaller birds, so despite the greater distance of the log, I was still too close to fit the whole bird in, so instead I frammed for the head and upper body body. 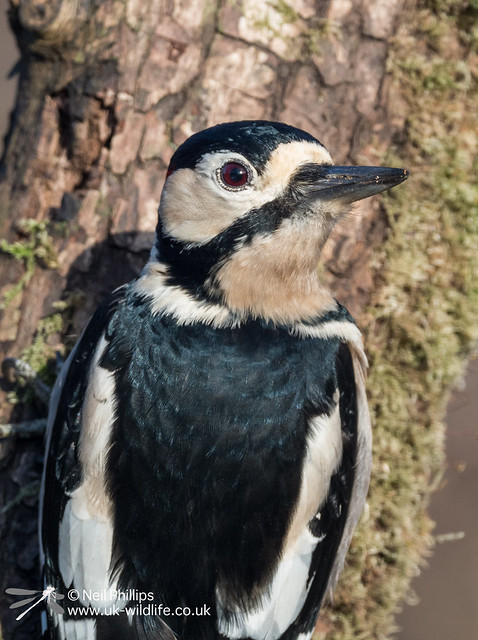 It then, rather than fly to the peanut feeder, landed on the tables and picked up some sunflower hearts. 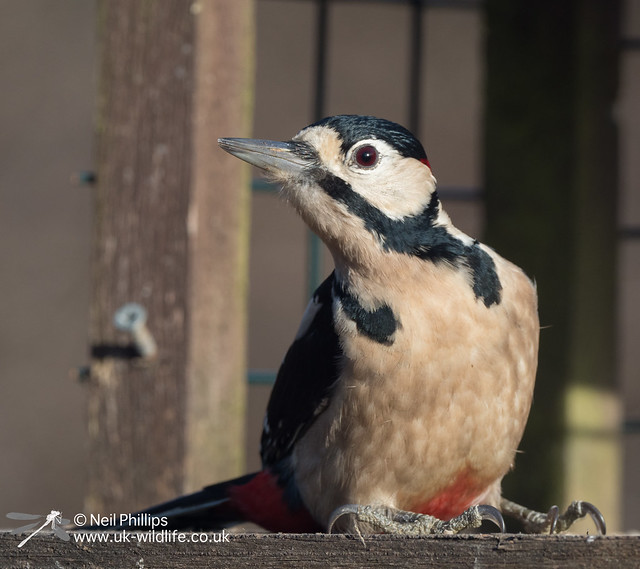 It then flew back to the log, to use it as an anvil and peck open the seed. 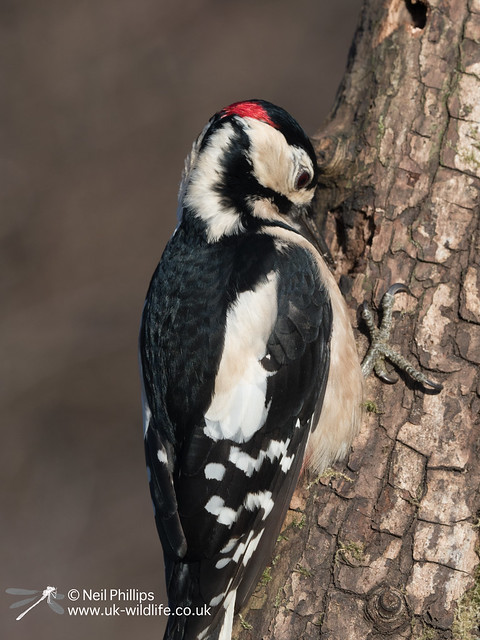 It was then flushed by something that spooked all the birds, before coming back and hanging around in the nearby trees, but (probably because I was now ready for it!) decided not to come back in.

I then shifted my focus back to my original plan, close ups of small birds. I got this nice great tit, close to the shot I’m after. 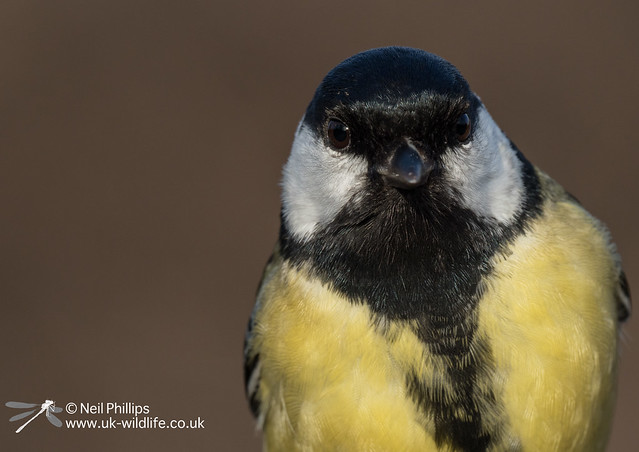 And a couple of nice blue tits images. 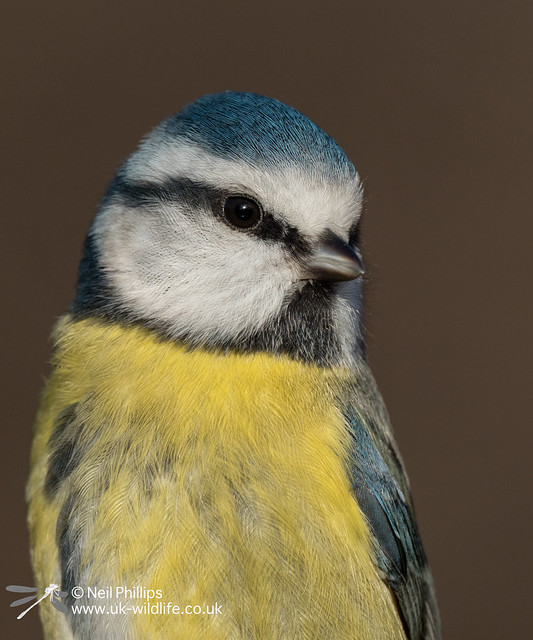 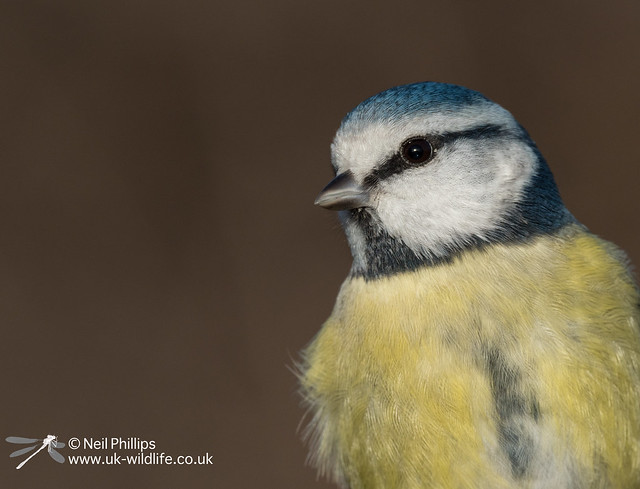 I’ll be running my photographing garden bird workshop in February using this set up, so if you are interested let me know!