You are here:
Photography 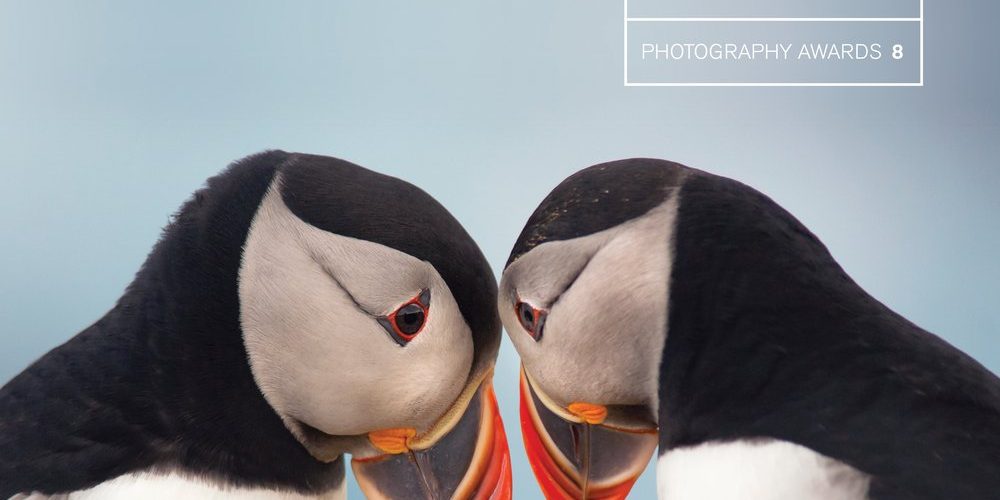 This year I was lucky enough to be highly commended in the British Wildlife Photography Awards with my stacked image of a broad bodied chaser dragonfly nymph. 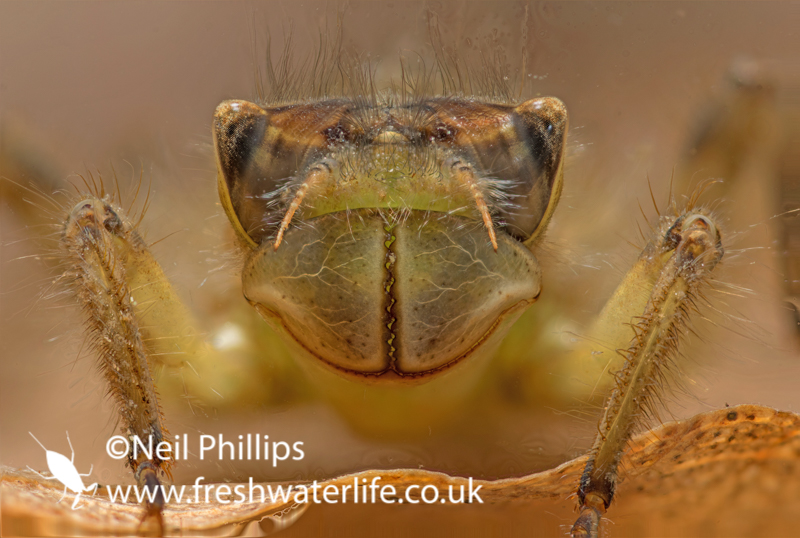 I was pleased not just that I had an image featured, but that it was one of my pond creature shots and my first really successful stacked image.

Being highly commended meant I got to attend the awards night, which is a great opportunity to meet and catch up with other wildlife photographers, both Pro and amateurs.

The awards were presented by Miranda Krestovnikoff. 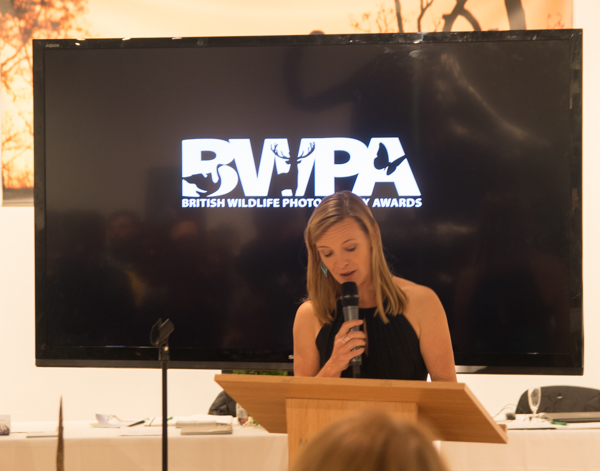 The overall winner was Daniel Trim with excellent pied wagtail (no not a robin as some idiots are suggesting!) at its roost at Heathrow Airport.

Over the moon to be this year’s winner of the @BWPAwards – some lovely photos in this year’s competition!! #BWPA2017 #bwpa pic.twitter.com/8SlvDAHfvr

Here he is posing in front of his winning photo with his wife-to-be Lauren. 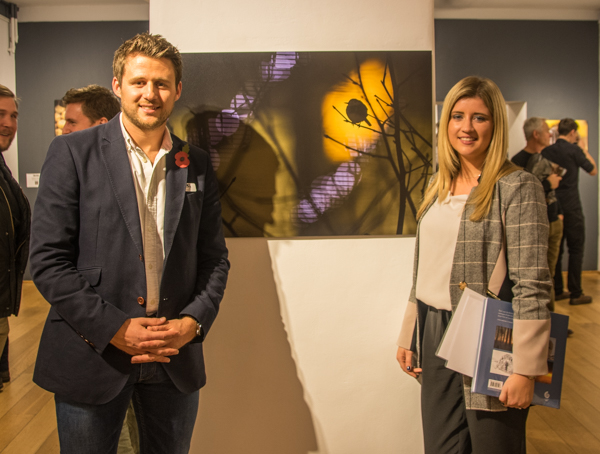 All round good egg and top chap Ben Andrews won the seasons category with 4 shots from his cracking portfolio of cormorant images.

Absolutely thrilled winning the British Seasons category in this years @BWPAwards with my Cormorants from @greatfen – see everyone tomorrow! pic.twitter.com/LqkSPFEnPw

Here his posing with his 4 photos. 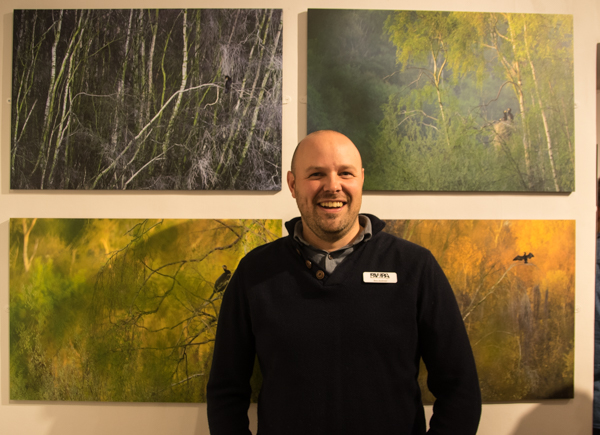 The winner of the ‘hidden Britain’ category was won by top macro-man Alex Hyde with his amazing green hydra image.

When I first saw this image I probably went as green as the hydra! I obviously biased with my love of all thing pond, but if I had to pick a personal favourite, this image would be it. Was great to see a pond image do so well, even if it wasn’t one of mine! Plus Alex is top guy and joint best macro wildlife photographer in UK IMO, so no shame in being beaten by him. Here is the man himself with his photo. 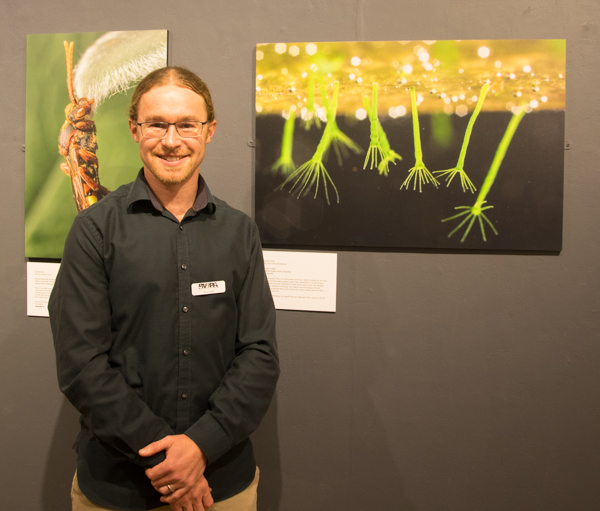 Also in the hidden Britain category, Victoria Hillman was highly commended for this wonderful take on a four spotted chaser dragonfly

I was great to finally meet Victoria (and her mum!) and with her love of all thing amphibian and invertebrates we certainly agreed on many things! Here she is posing in front of her lovely image. 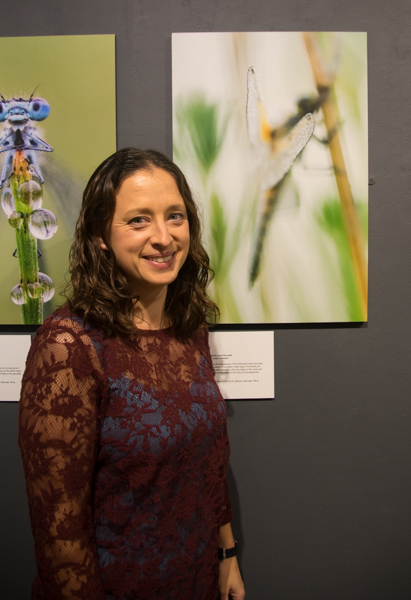 Was great to see Josh Jaggard again, who was highly commended for this cracking puffin image.

Nice to get highly commended again in @BWPAwards. Congratulations to all the winners, see you tomorrow for a few drinks. pic.twitter.com/0Kw88yeaRv

He did well to get an original image of this much photographed species. 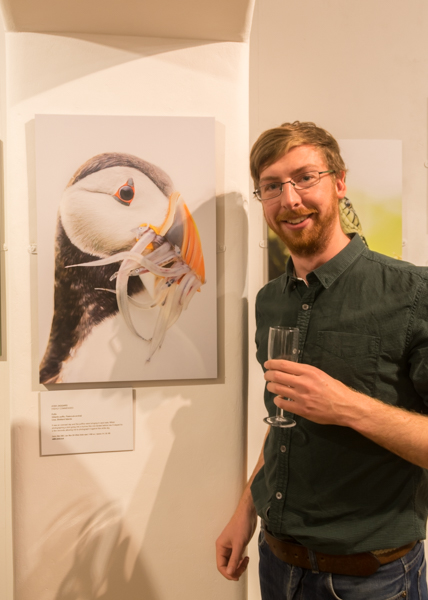 And since I’ve posted a photo of everyone else, here a photo of me and my photo, taken by Victoria (thanks for that). 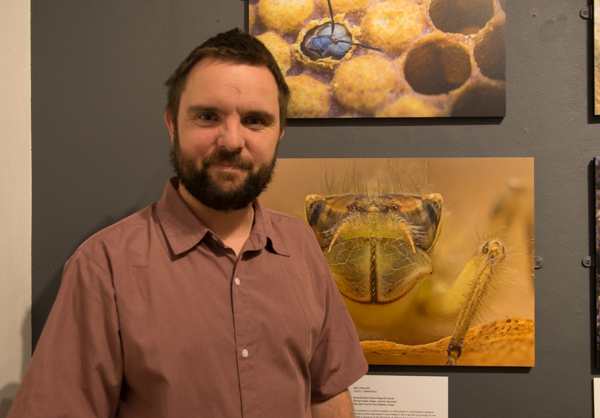 I should also mention Matt Roseveare, the young category winner who took this great photo of a short eared owl (certainly better than I’ve every managed!) over a favourite reserve of mine Farlington Marshes.  Was great chatting to him, surely one to watch in the future.  Here is the image.

And of course Liam Marsh’s excellent video is well worth a watch (link through his twitter below), he was great company at WPOTY and at the awards, and he won the video category for the 2nd year running!  Nice one Liam!

I'm very pleased to announce that for the second year in a row I've been declared the video winner in the #BWPA https://t.co/AUNjLZzr8d pic.twitter.com/IgLGVMvJQt

It was a great evening, which begun with by looking around WPOTY exhibition with Ben, Erin, Liam (video Category winner) and Victoria (and her mum), in fact much of the time in WPOTY was actually spent discussing all things wildlife photography. Then it was off to the pub where we met Daniel and Lauren and discussed (or more accurately mocked!) his TV appearance and Josh used his keen sense of where other photographers would gather and found us there to join in the fun! At the awards it was great to finally meet Alex, meeting up and coming tog Matt Roseveare who won the youth category, along with plenty of others, along with of course enjoying all the great photos on display. Then finished the evening with a few other fellow photographer with quick meal where I ended sitting next to Andy Howard who if been speaking to on twitter for ages.
Here is Andy posing with his mountain hare silhouette.

Great night at the @BWPAwards last night, proud to have this image ‘highly commended’ even if I’d do look a bit possessed! The gannet made me do it!!! Fab to meet up and have a catch up with so many talented wildlife photographers pic.twitter.com/lk8rD7p8AA

As I did the last time I attended I met some new people, some I had been in contact with on social media for years but I had never met face to face which was great, but once again I didn’t talk to everyone there I wanted too! Oh well I will just have to get featured again!

The whole evening was a blast to thanks to the organisers at BWPA and everyone for the great company!