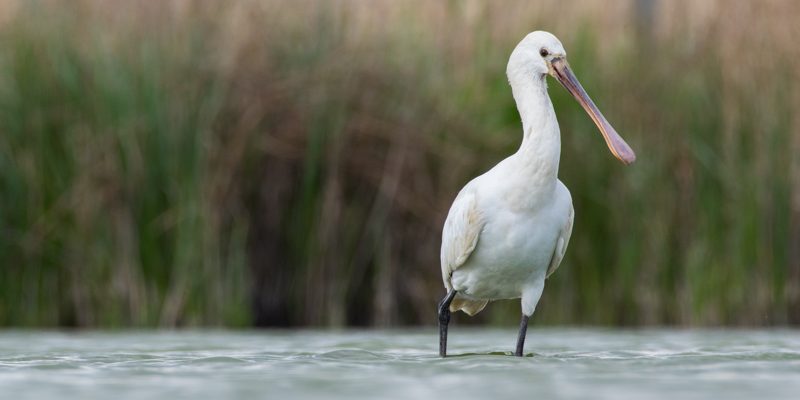 A couple of weeks ago I had a day on the Isle of Sheppey to enjoy some of the wildlife found there. The south of the island is mostly grazing marsh and is rich in wildlife, especially waders and raptors. I took 100s of photos on that day, but the highlight was a spoonbill seen from the ‘wader hide’ my good friend Phil sometimes has set up in a swallow borrow dyke.

I was expecting some redshanks and godwits, perhaps an avocet if I was lucky, when I saw a white bird feeding a little way off, by sweeping its head side to side. First impressions was it was an avocet (it had its back to me), but I quickly realised it was too big and then I saw its bill, a spoon shaped bill! 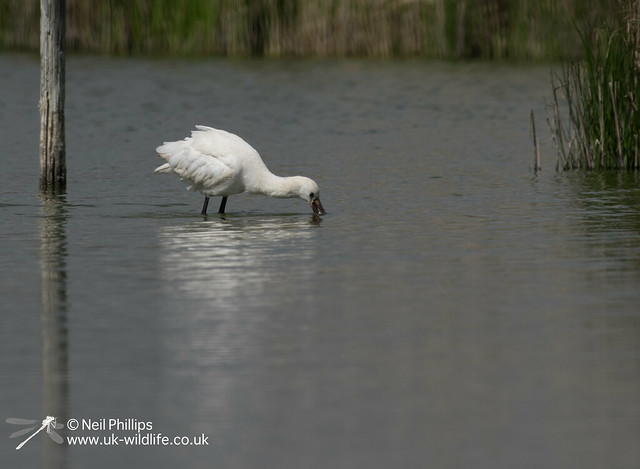 For about an hour it stayed frustratingly just to far away for any good photos, sometimes wandering away, before coming towards the hide, only to turn back again. Then finally, just as it came closer, some cows moved into the water behind it and pushing it towards me. I had my 150-450mm lens poking out the bottom of the hide (but on a waterproof) so I switched to that and got this water level shot. 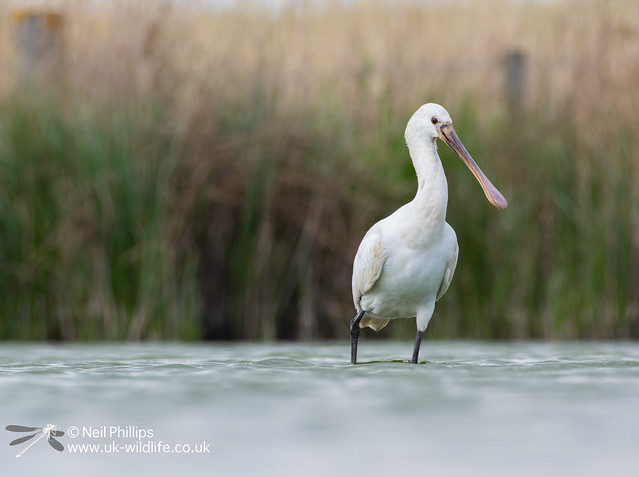 It came closer and I got a few shots on the tripod with the 300mm. 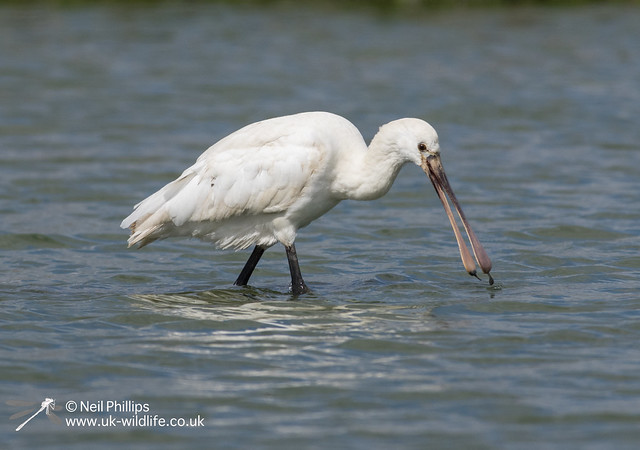 Then when got even closer, it was off the tripod and I took that lens down to water level to get some shots from a low angle. 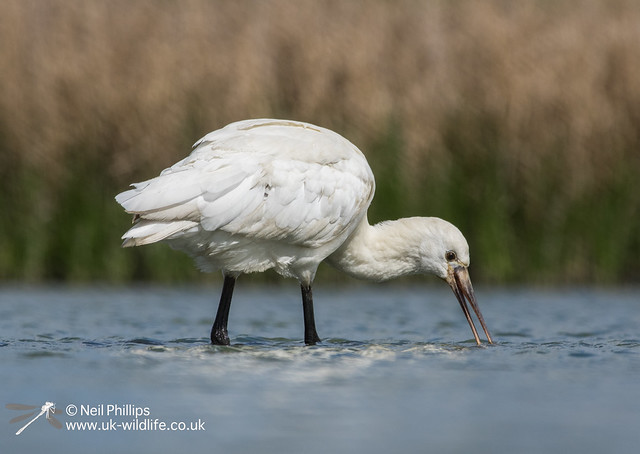 There was no time to worry about comfort and cleanliness if I wanted the shots, so the waterproof was used to keep the cameras clean as I laid in the mud with my feet sticking out the back of the hide (but obscured by the sedges). But totally worth it! 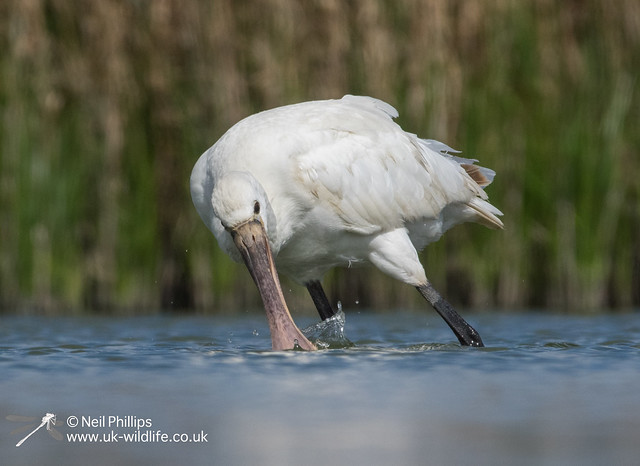 It was feeding pretty much the whole time. 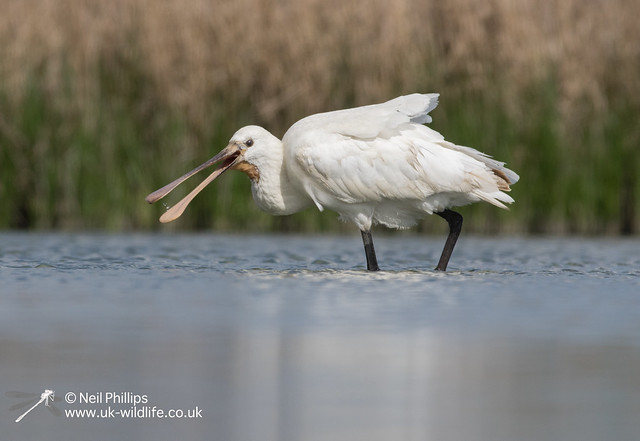 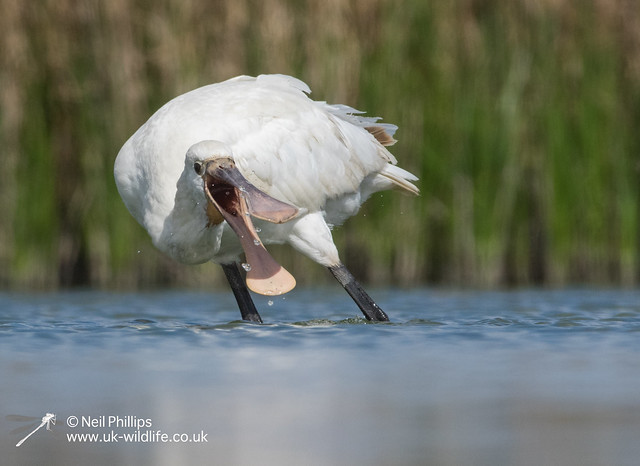 Though it did stop for a preen at one point. 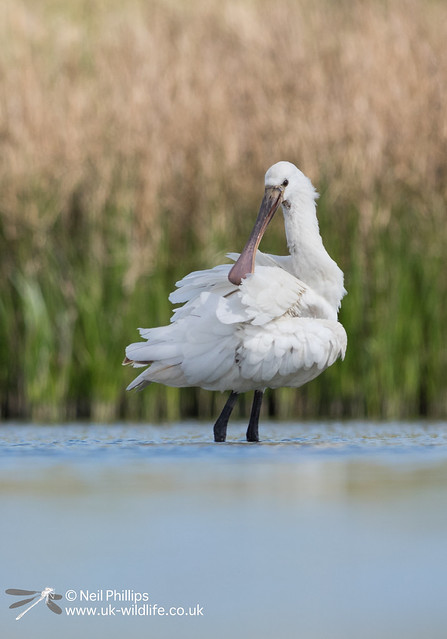 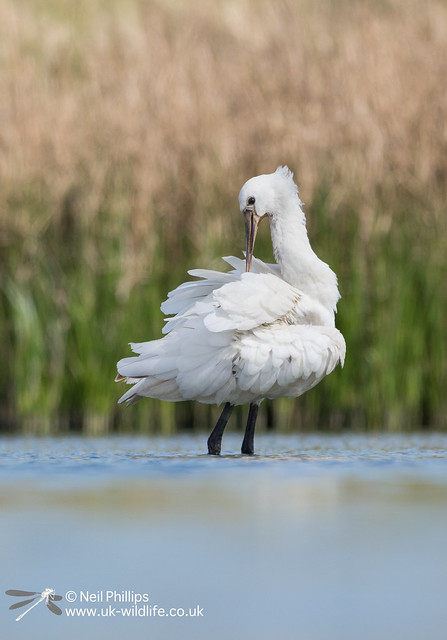 Before continuing to feed and then disappearing from view. 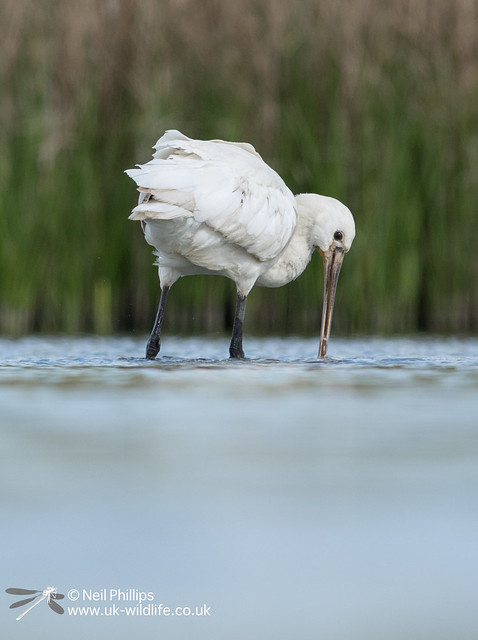 Spoonbills may not be as rare a sight as they once were, but it was wonderful to get so close to one of these great birds and to get these photos while right in their environment. It will definitely go down as a memorable encounter!