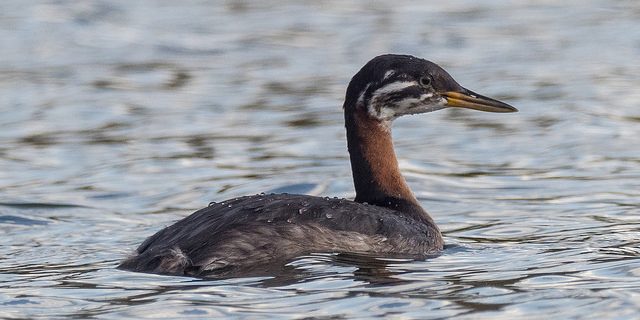 Yesterday I had an afternoon to myself, so headed down to Roding Valley Recreation ground where there has been a red-necked grebe staying for a week or so. It would be a new bird species for me and there would be a chance of a decent photo based on reports from other birders/photographers. I headed down to the south end of the lake where the Red-necked grebe had been showing well the previous day, but there was no sign of it. A couple of people had just walked off having chucked in a couple of loafs of bread and there was a family or two of full grown Canada geese gobbling it down right in front of me. I was wondering if the red-necked grebe had been scared of by this, when a great crested grebe appeared right behind the geese. 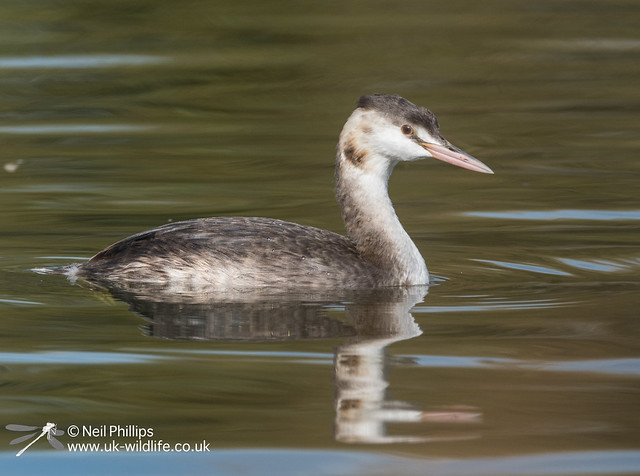 It was nearly midday, so although the light was good, it was a bit harsh. Still I got a few nice shots. 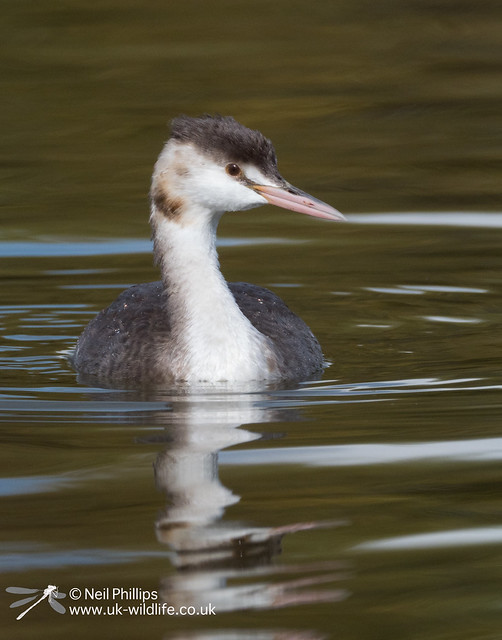 Love the ripple lines on this one 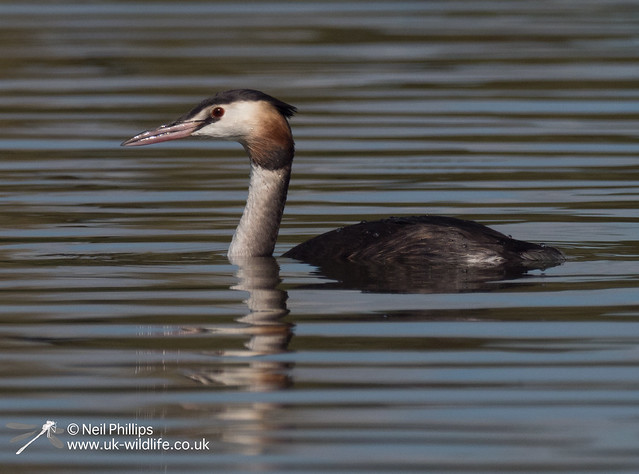 A flock of long tailed tits moved through the hedgrow and I grabbed a quick shot of one. 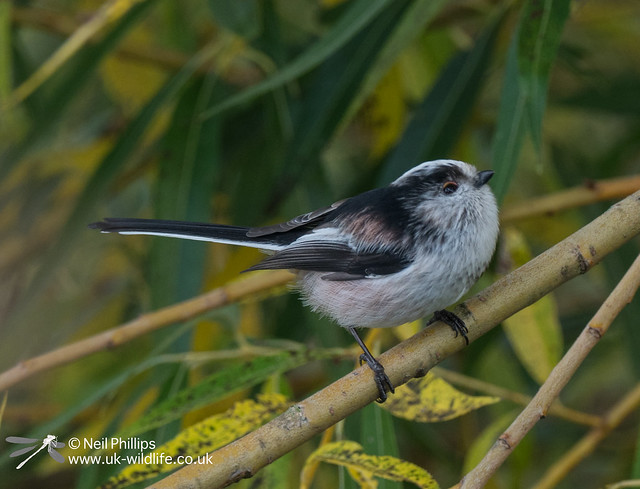 A few birders had turned up after a while and one managed to spot the Red-necked grebe with his scope, up the other end of the lake. This is a big crop! 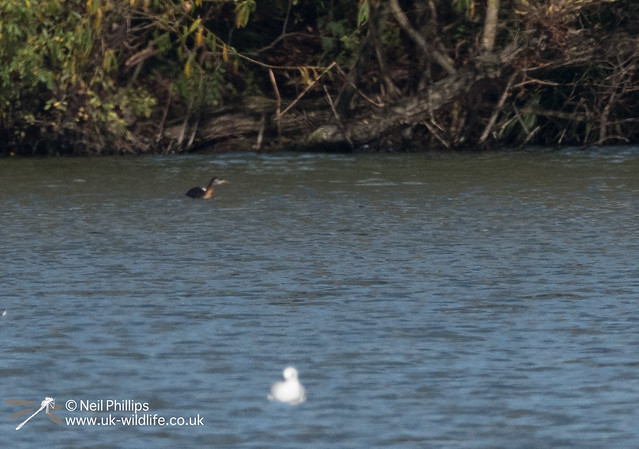 After waiting a while to see if it followed the reported pattern and would come down to its supposed favourite southern end of the lake (where we were), we headed up to the northern end for a closer look. It was floating around not to far from a fishing platform, but totally the wrong side of the light. 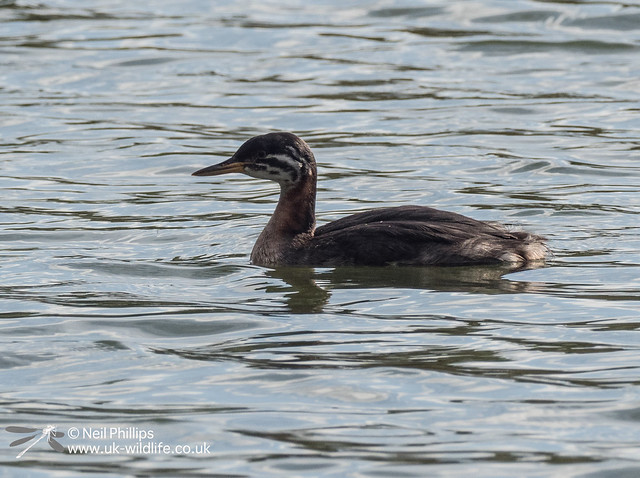 It then drifted off and hid under some willow, before eventually moving to more open water. When the sun went in the contrast dropped and I managed a few reasonable shots, including this one. 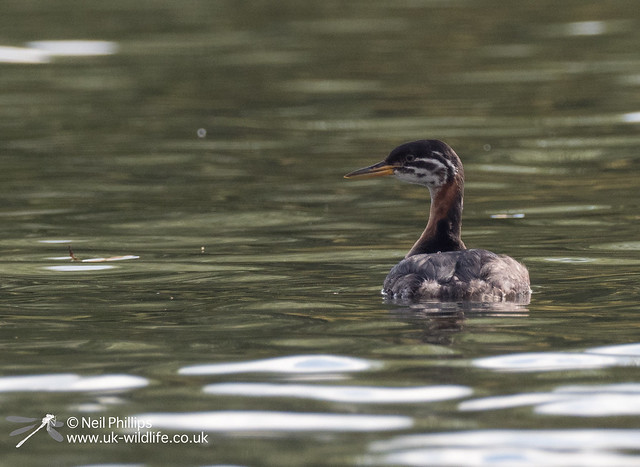 It the drifted south and from another platform and with the sun having moved slightly more to the West, I got some reasonably well lit shots. 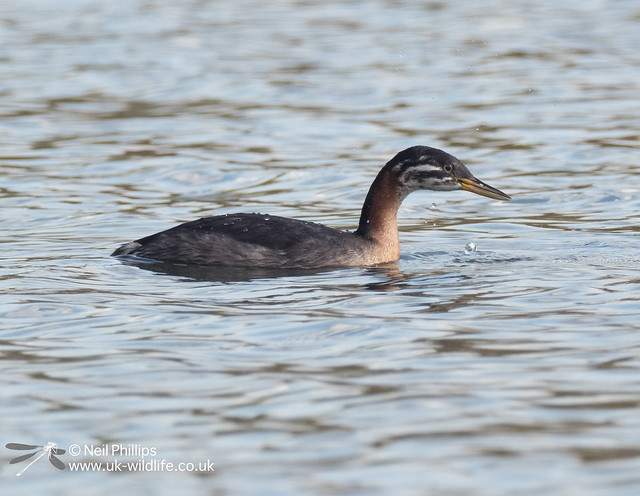 I caught a fish as it appeared from behind a tree, but I didn’t have time to get a shot. When the sun was out, the direction of the light made it difficult to have the bird lit up well, but in certain positions and poses I could get the odd shot. 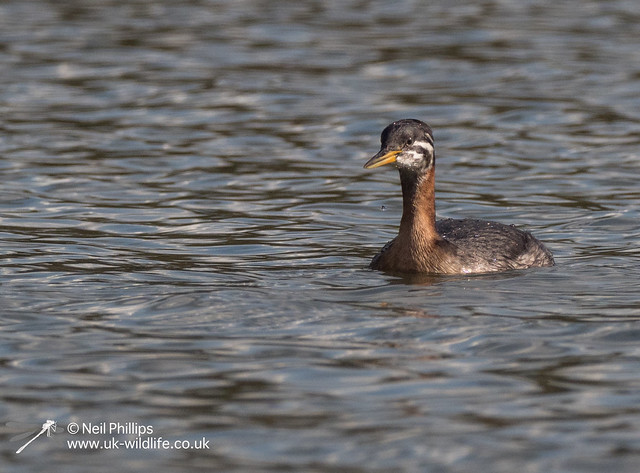 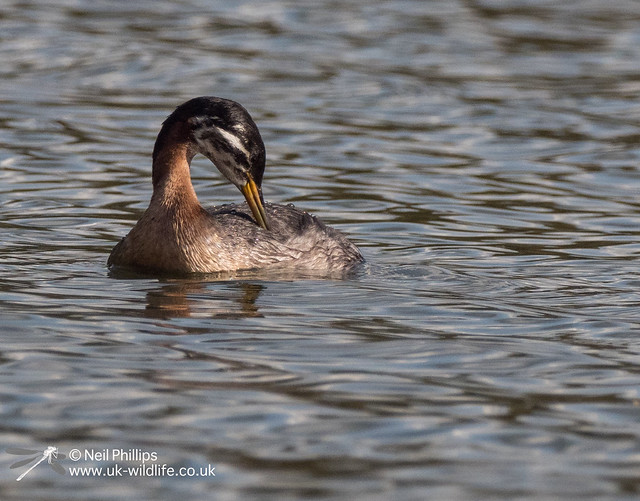 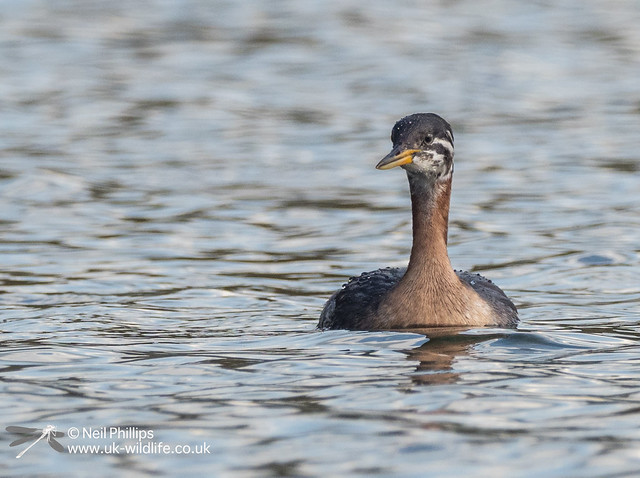 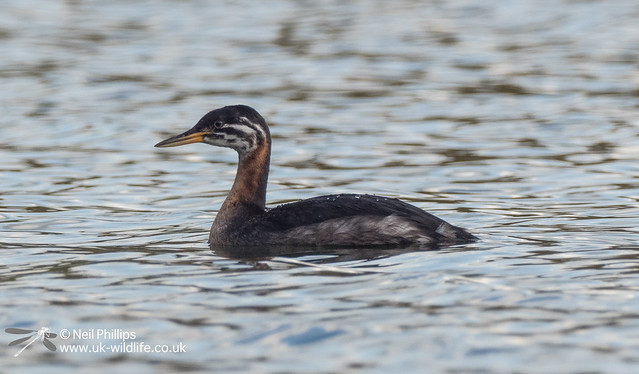 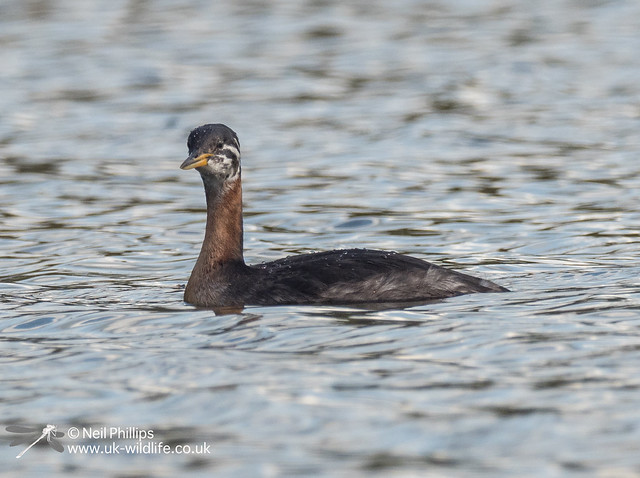 It spent a fair bit of time preening. 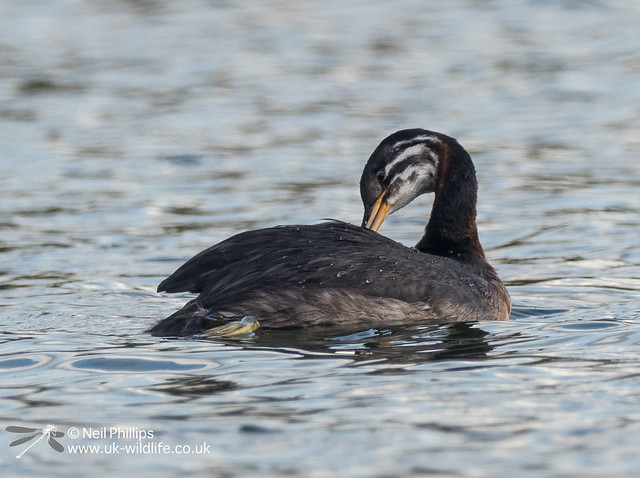 It then drifted North and I didn’t see it again. While I was waiting for it to reappear a couple of coots tried to eat a small apple that had fallen in the water. 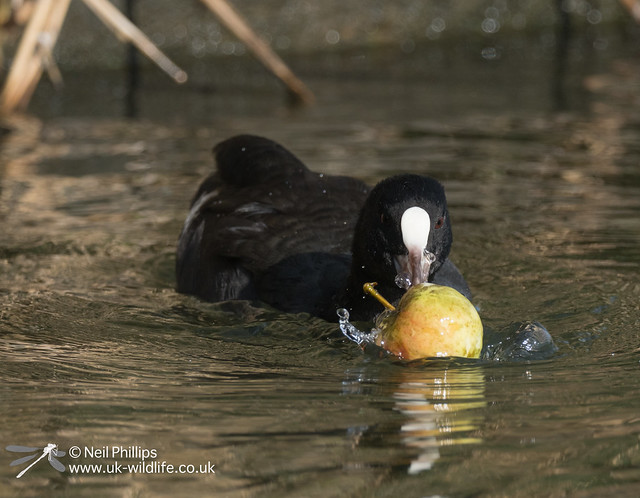 A fight broke out and the winning coot demonstrated how difficult eating a floating apple without any hand, as anyone who’s tried apple bobbing knows! 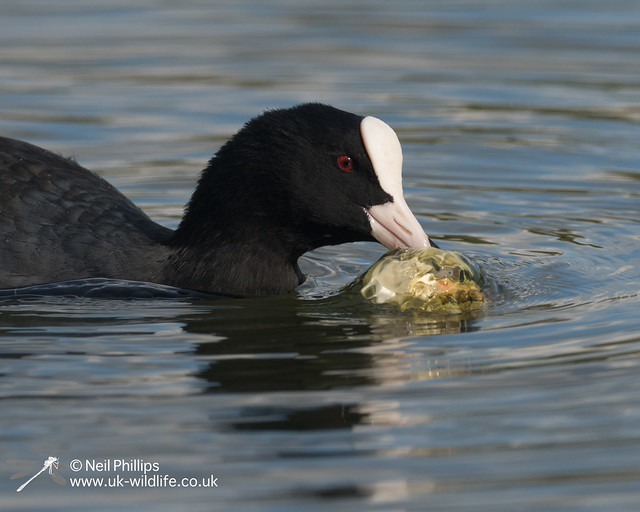 Even the sharp beak was of little help and it resorted to attacking the apple from underwater! 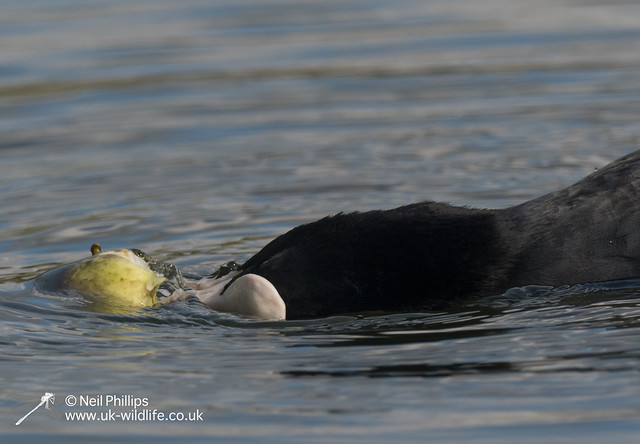 I ended my visit as I started it, photographing another of the many great crested grebes present on the lake. 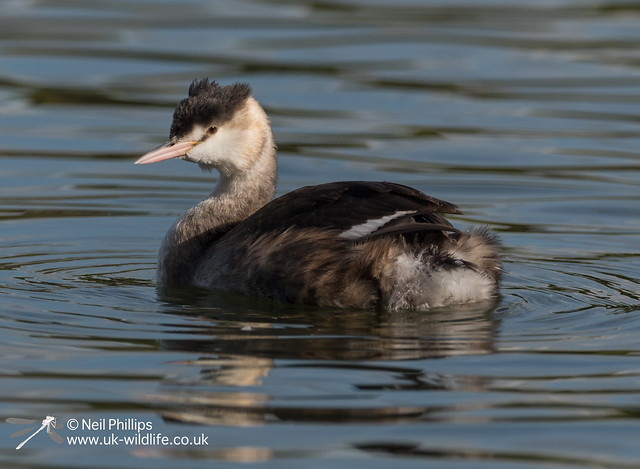 This one was just floating and preening. 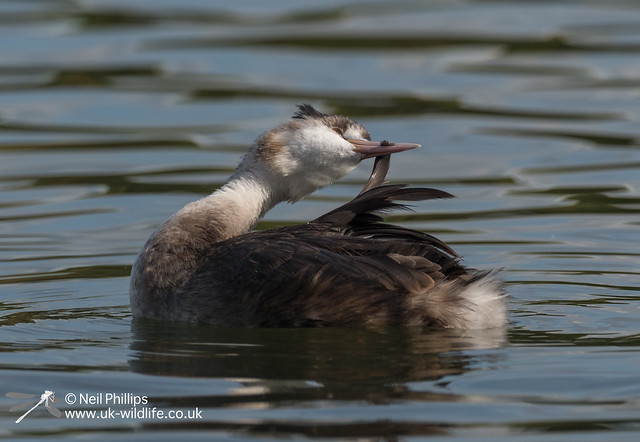 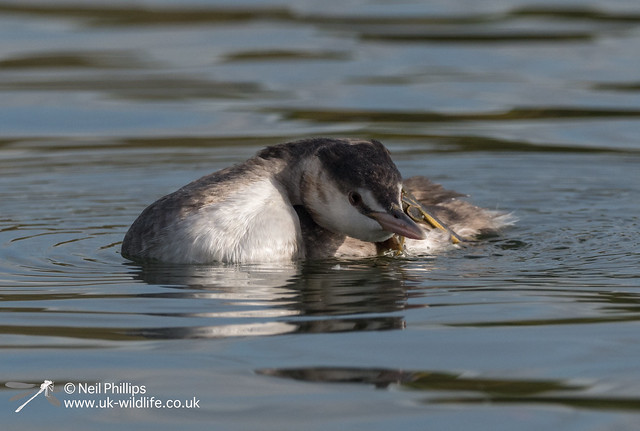 Just before I left it started picking up a stick, not sure if it was seeing if it was edible, practising catching prey or rehearsing for courtship, but it made a nice photo. 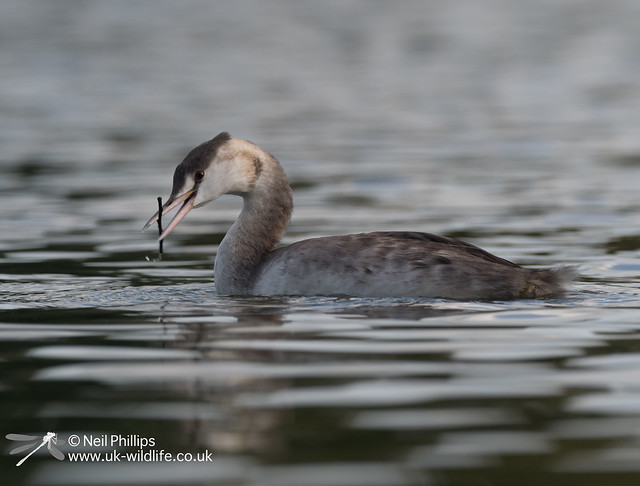