You are here:
badger 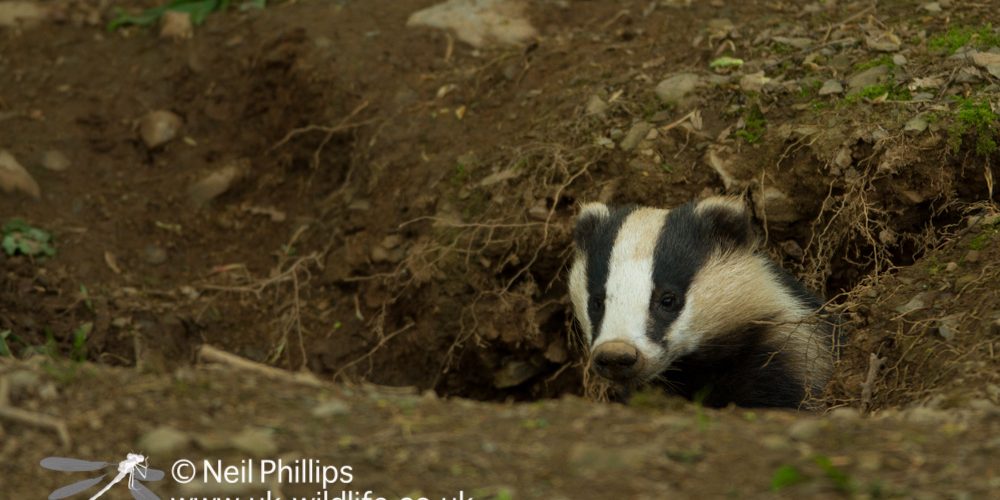 In the last few years there has been accusations thrown at the BBC about bias towards bloodsports and the views of the Tory led government on countryside and environmental policy.  They ran a number of stories on the ‘Adam’s farm’ section on Countryfile where he said the badger cull was necessary to control bTB (skimming over other problems), while at the same time gagging Chris Packham from voicing his objects on Springwatch.  In recent weeks a piece on Countryfile showed the apparent great conservation benefits of shooting in the countryside and the work of the GWCT, but had no rebuttal or counter opinion of any kind on this controversial opinion.

Last night however ‘Land of Hope and Glory – British Country Life’ a programme following the Countrylife Magazine hit a new low.  This first episode covered, among other things, a farmer who has had a bTB positive herd of cows for a number of years and the testing of his animals for this disease.  Its fair to say there was a little bias….

Throughout the programme we see images of poor cows that are doomed by bTB and we are left in no doubt on what is to blame.  “Bloody Badger” we hear the farmer exclaim when he is told one of his cows has tested positive. A radio clip explains how the disease is being fought on all fronts by “improved biosecurity and cattle movement restrictions”, leaving us with no doubt that its the badgers can be the only thing to blame (leaving out the government’s and NFU’s the moves to water down restrictions and red tape!).

The rise in bTB is due to the massive increase in badger populations we are told and just in case we had lingering doubts badgers are at plague proportions we are told that there are a “1000 times more badgers” with badgers and setts everywhere and “there are so many badgers about, we don’t stand a chance.”

In case we don’t have enough sympathy, we are told the story of how the farmer has had the farm in is family for generations and are shown the next generation feeding a cute calf, before it is pointed out that each cow is hand reared and these “prize winning” cows are worth £3000.

Of course there is a danger that the farmers and magazine could be seen to be picking on badgers.  So the editor of Country Life Magazine tells us how the “poor old badger is transmitting TB to the cows” and that “nobody dislikes badgers” with a story of how he rescued one as a child.  He goes on to explain how they were “at one stage persecuted” (wow badger baiting has stopped now has it!?)  and “like any protected animal their numbers surged” (just like the protected and declining hen harriers, wildcats and Duke of Burgandy butterflies!).

Back to demonising the badgers and vet testing the cows for bTB claims “the spread is very much easier in badgers.” (I guess that why a SCIENTIFIC study only a tiny percentage of bTB cases in cattle can be traced directly to badgers!?),. followed by the farmer saying he hopes the cattle kick a badger because as a poor powerless farmer he says “I’m not allowed too” as “much as I’d like to.”  (so much for no one hating the badgers eh?)

So why are people against the cull?  Well first of all they explain it was a town vs countryside issue (it wasn’t a straight split) and that those against objected because they thought it was “inefficient and cruel.”  (no mention here is made of the governments own observers saying it was cruel or the fact that everyone I know objects because of the science saying it wont work!)

As the programme comes to its conclusion, the devastated farmer distraught as his cows are reluctantly pushed onto a trailer to be killed, claiming the fact the cows are being killed is being hidden and that cattle farming is the only reason there are hedgerows.  Apparently the ‘bloody do gooders’ who are apparently running the countryside who interfere with everything they do, who with their “big noises and big money backing that side we got no hope” are to blame. I assume he is having a ago at folk like the Badger Trust etc here. Well when countryside policy seems to be dictated to DEFRA by the NFU and Countryside Alliance (see policies on using Neonicotinoids again, inaction on soil erosion and starting the badger cull itself as good examples), which consist of rich and wealthy landowners that have the Prime minsters ear and the government has repeated ignore conservation NGOs there is a slight flaw with that argument.  We then finish by cutting back to the Countrylife Editor who again reminds us how many cattle are slaughtered because of bTB before blaming Labour governments doing nothing because people think the badger is “lovable” and saying “Tory government has done a bit recently” (more backing of the cull) before claiming “the countryside gets trod on all the time”.  (Interesting as the NFU encouraged their members to vote Tory in exchange for the badger cull…which they got!)

Finally just to hammer home the poor picked on farmer they show the heroic farmer how has decided to speak up because “everyone is afraid, no doubt I shall have reason to be afraid now I’ve stuck my head above the water like” an obvious dig at those protesting the cull….

This programme is a sad sign of the direction the BBC seems to be taking.  At no point is there any other opinion than the badgers is the blame.  While I’m sure farmers are suffering from the consequences of this horrible disease, I can’t help but be cynical at the use the sequences of working farmers to sad music to bring up sympathy, while skipping over any issues there might be with how the cows are farmed such biosecurity failures, swapping tags of infected animals and keeping cattle in cramped conditions to name a few.  They also never mention how many cows die from other diseases and reasons and the calves killed as part of normal milk farming procedure.  It also skips over the elephant in the room of inaccurate tests, only 80% effective, so leaving 20% of infected cattle to infect other cattle in the herd and give more positive tests.  Though the less well informed watching this programme would be certain it would have come from the badgers…

Most damming of all this programme is completely science free.  At no point is any qualified scientist asked anything, any actually peer reviewed science quoted and yet ‘facts’ that the bTB comes from the badgers and their numbers have increase a 1000 fold are quoted and often repeated, while at the same time the fact some farmers and bad farming practices may have to take at least the some of the blame is carefully and one can only assume purposefully avoided.

The makers of this programme succeeded in portraying farmers victims and their use of imagery is obviously trying to increase sympathy for them and the cows.  Like wise they strongly imply that the reason badgers haven’t been culled is because people think of them as ‘lovable’ and skip of the 10 year Krebs trail which show badger culling not only doesn’t work, but cause increase the amount of bTB in cattle.

There is no denying that many farmers are suffering due to bTB, in many cases through no fault of their own, but this sort of biased one sided propaganda does little to make me sympathise, quite the opposite effect in fact.

The programme was full of highly inaccurate and misleading statements that would be more at home in a NFU propaganda film than a documentary.  The was no debate, not alternative opinion, no basis in science, just a bunch of biased talking heads, and yet as the BBC broadcast it….depressing

You can watch and judge for yourself here: http://www.bbc.co.uk/iplayer/episode/b072w04s/land-of-hope-and-glory-british-country-life-episode-1

Update 11-3-16:  The Ecologist has an excellent blog on the programme here