Before David Cameron was elected he was keen to push his green credentials with his infamous hug a husky photo op and declaring he would lead the “greenest government ever.” So how have this government fared? Well they have: 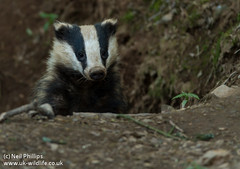 There is more of course, including the cuts to green energy investment and policies on private homes producing energy, some of which have favoured big energy companies and the expense of those developed by communities, but I’d think this post would end up being a bit long it think its fair to say they:

In fact its possible they are one of the least green!

So in my opinion at least that rules them out if you put wildlife and the environment near the top of your  priorities like me, but then I would, I quite like having minor things like food and clean water and air to breathe.

So if you care about the environment, who do you vote for?  Well BBC wildlife magazine asked representatives from the major parties what they would do on various environmental and wildlife issues  and you read them here.  Basically UKIP make the current government look like treehuggers and are genuinely scary in there ignorance.  For example they think a good reason to not introduce lynx is “unwary humans would be easy prey”!  Sadly for various reasons there properly isn’t much hope with the other parties either – and I still haven’t decided which way to vote……