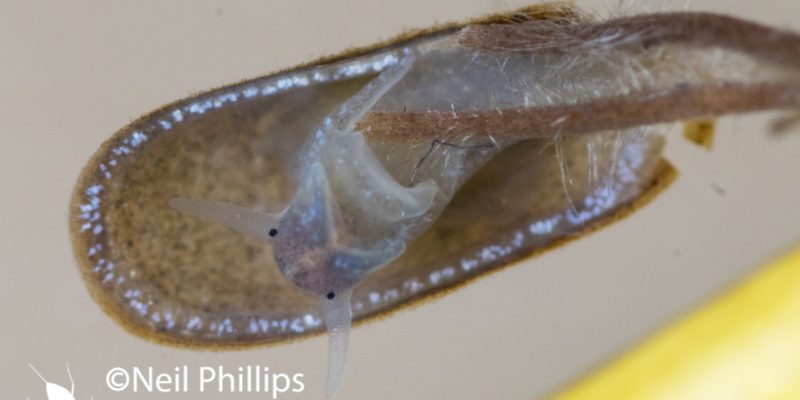 A couple of weekends ago I was kindly allowed to tag along on Colchester Natural History Groups outing to RSPB Old Hall Marshes. I went along with Pam and Peter, two of the best aquatic ecologists in Essex and we surveyed the borrowdyke near the sea wall. One of the things we found were my first ever lake limpets Acroloxus lacustris 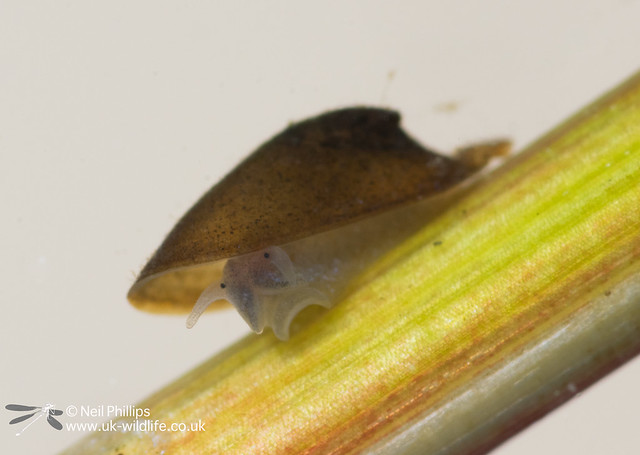 These tiny 3-4mm long gastropods (snails) are so called due to the resemblance to the more familiar limpets found on the seashore. I’ve seen the related river limpet before, but not this species.

This one sadly had a slightly damaged shell, but seemed quite content as it crawled around the sedge stem in the photographic aquarium 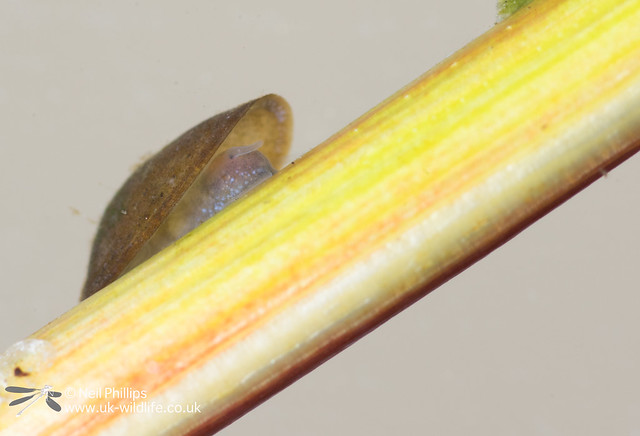 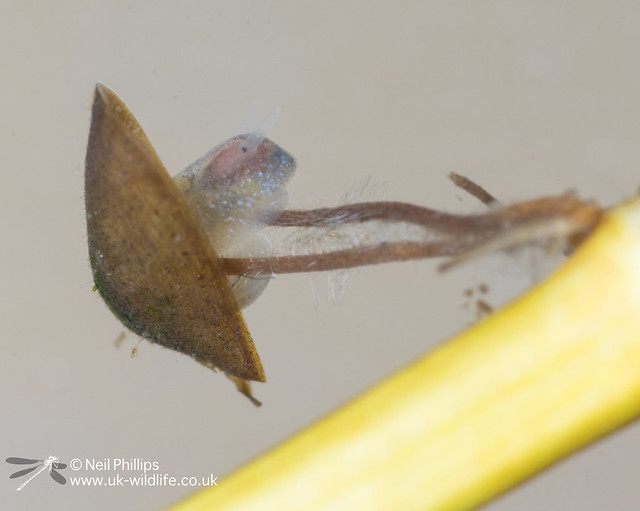 Another first for me was the tiny little Nautilus Ramshorn snail Gyraulus crista. 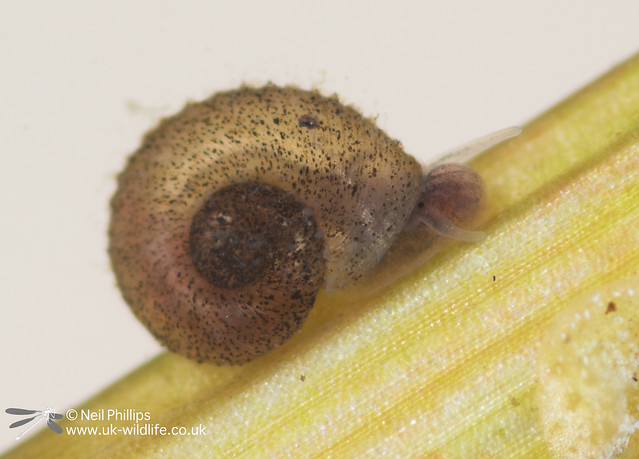 It is a tiny relative of the much larger and more commonly seen greater Ramshorn snail, though it is fairly widespread, its tiny size means it is often overlooked. 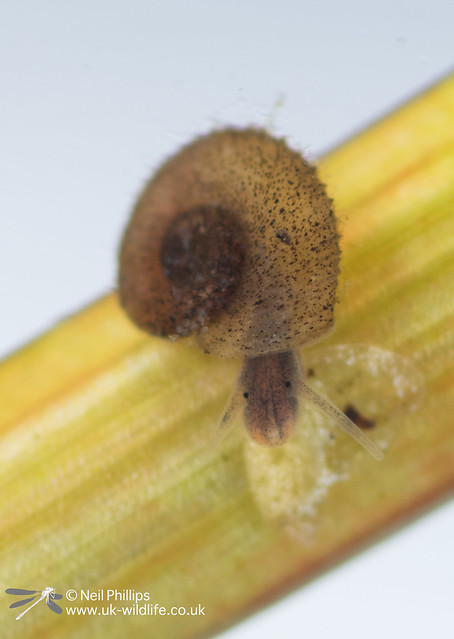 We found some other nice species such as good numbers of the less common water louse species Proasellus meridinus, a willow emerald damselfly nymph (a species I had previously only seen as an adult), a number of small diving beetle species Pam took to identify and a number of water spiders. 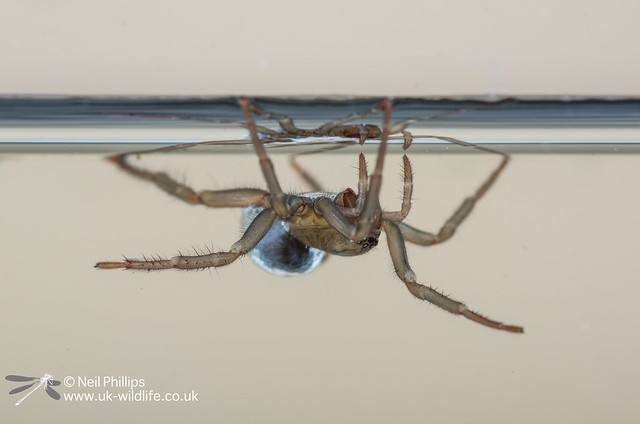 We also came across a Great silver water beetle larva. It was only small and there was some debate as to it true idenity, so I brought it home with me to grow on and see what it is for certain. Ive taken some shots of it swimming around too. 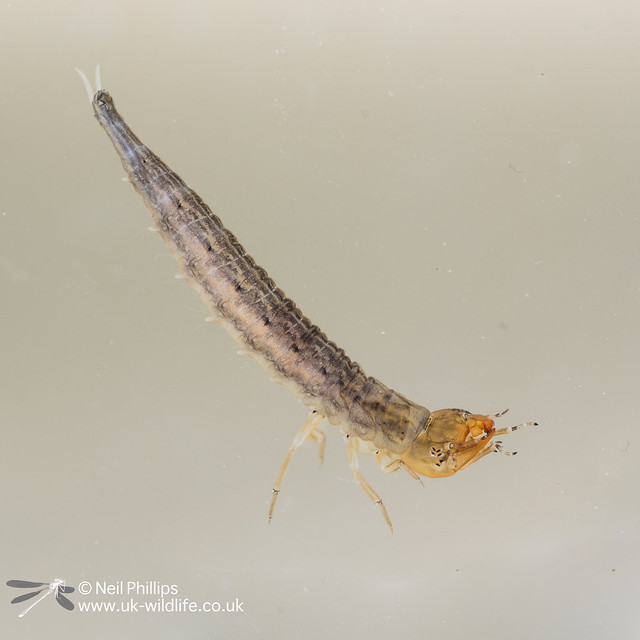 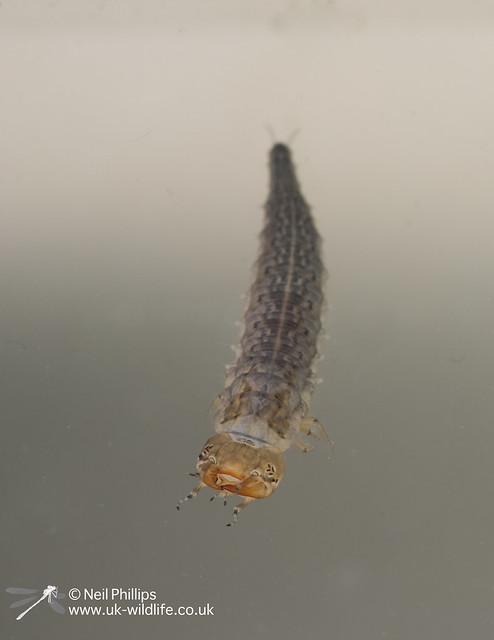 The final species was this surface dwelling micro water cricket, which I’m reasonably sure is Microvelia pygmea. I took the photo ona white background to show a bit more detail on this tiny 3mm relative of the pond skaters. 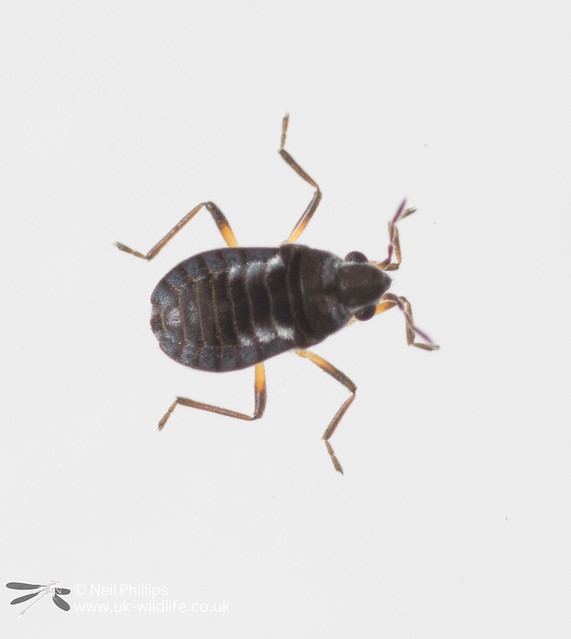