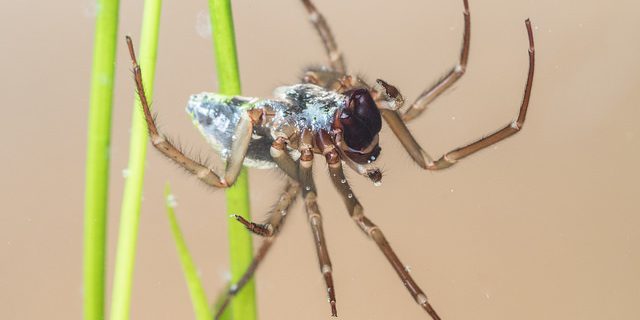 Back at the start of 2018 in was in the pond man lab experimenting with my photo aquarium set up.  Its the 4th January and it was reasonably mild and my Water Spider Argyroneta aquatica was a bit active, so I popped it into the photo aquarium. for some shots. 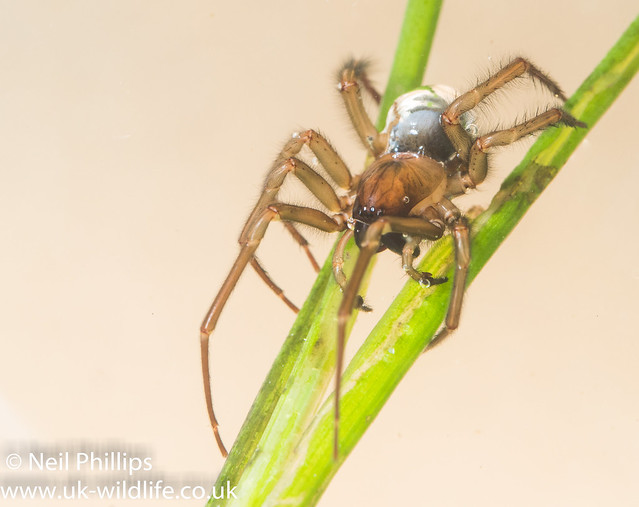 It climbed around the rush stems for a bit, bit didn’t sit still, which made getting nicely posed photos a bit awkward, but I got some. 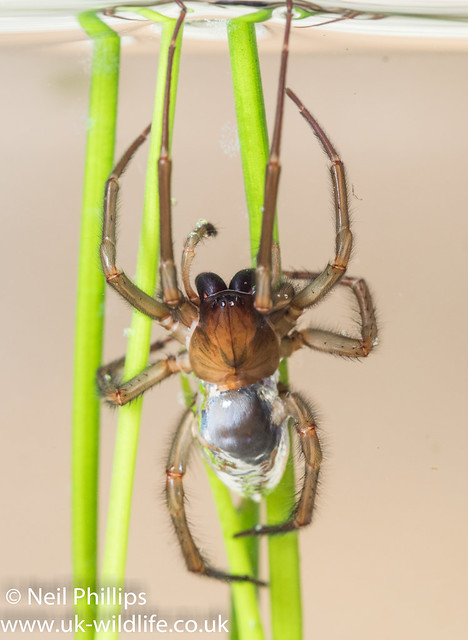 It would occasionally launch off and swim around. 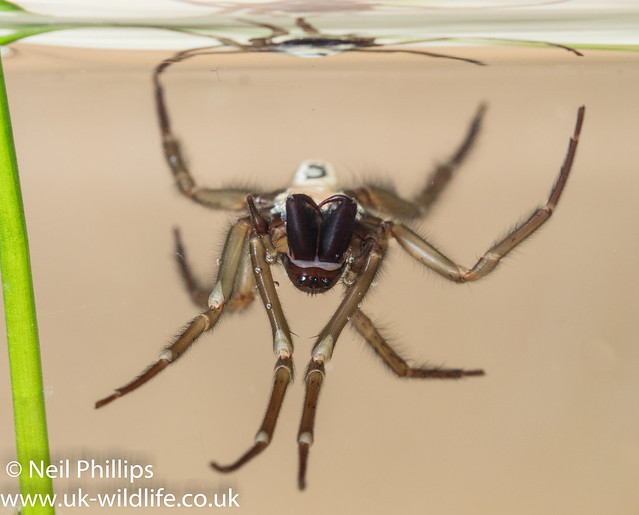 At one point it backed up the stem and pushed it’s abdomen through the surface to replenish the air supply in it’s air bubble, which was fascinating to watch. 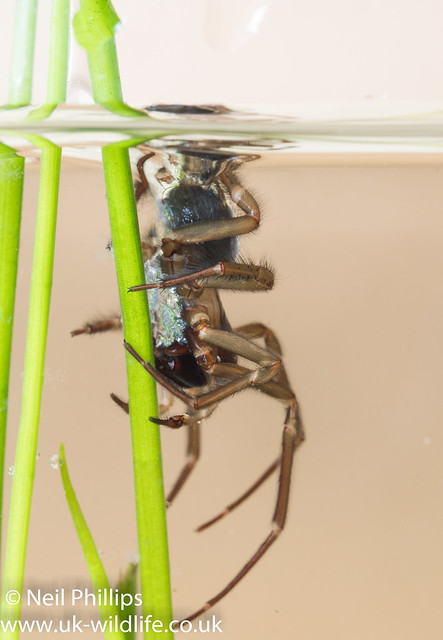 I then focused my attention on trying to photograph a Colymbetes fuscus diving beetle.  It refused to settle on the weed or anywhere I hoped, but then it decided to wedge itself at the bottom of the aquarium against the glass and stayed there.  With it sitting still I tried the focus bracket mode to get images for a stack, using the LED light rather than the flash.  I was rather pleased with the resulting image. 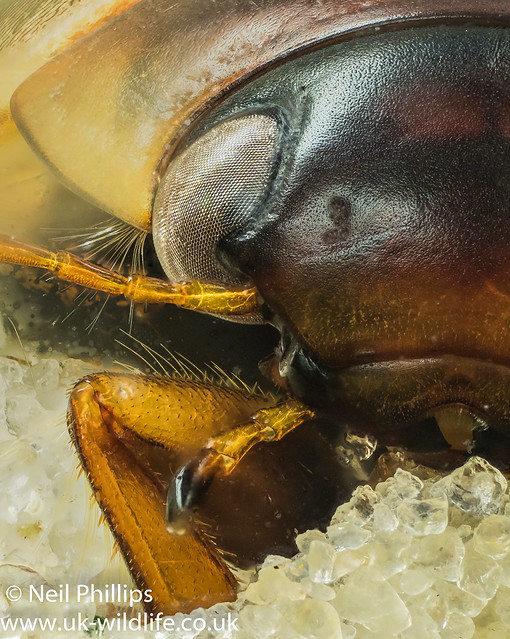