Saturday was a busy day for me, with an early start to scout and set up for my Dragonfly, butterfly and other invertebrate photography workshop at Wat Tyler Country Park. It was fully booked, but all seemed to enjoy it. The weather wasn’t bad considering the forecast, with patches of cloud slowly thinning to a sunny day, but importantly lots of subjects in the form of damselflies, scorpionflies, hoverflies and caterpillars came out for the 9 clients to photography while in the education area. 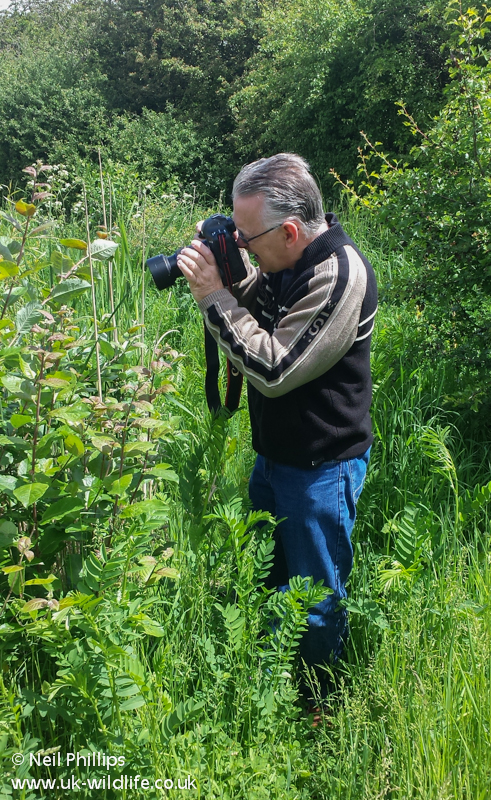 Photographing a damselfly in the Education area 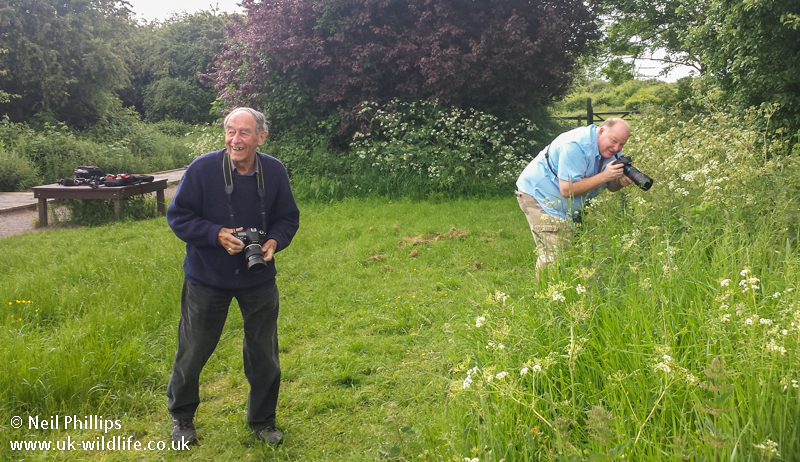 Its all very serious stuff this photography! 🙂

We ended up in the the Wildlife and Education (and dog free) meadow where there was an abundance of good subjects on the far hedge including this spotted hoverfly. 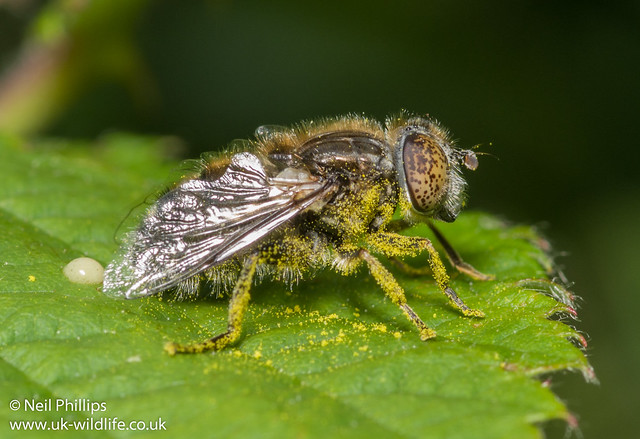 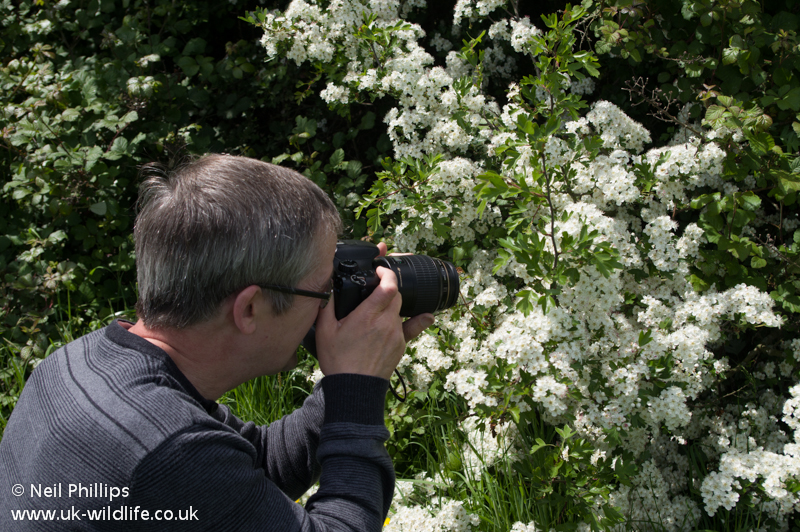 I didn’t take many photos as I was busy helping out those on the workshop, but the highlight for me (and a few of the clients based on the queue that formed!) was a hairy dragonfly. Initially it perched in a poor spot for photography, but when the sun went in I tried to move it on my hand and for the second year running on one of my workshops I had a dragonfly on my finger! I placed in a more photographic spot and let the clients get their shots before moving in myself. In the rush I didn’t check my settings and so only took shots at ISO 100. Before I realised and got another shot the sun had come out and the dragonfly was off. My attempts to play it as a demonstration of what not to and failure to nail a shot caused ‘a bit’ of amusement but I got one OK shot! 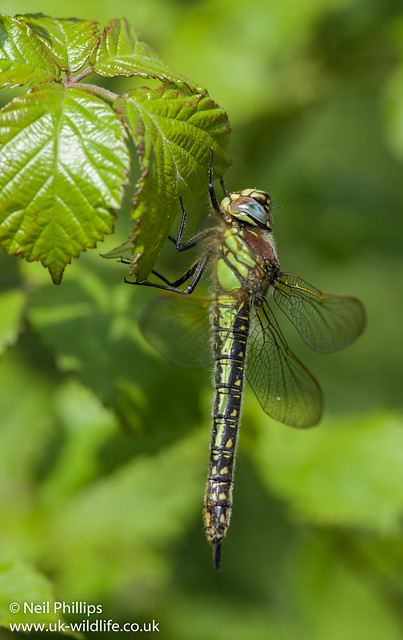 The day had lacked any butterflies until we got to the meadow where a few common blue butterflies were being a bit flighty, but just before we headed back in I spotted pair of mating Common blues which were posing nicely and I managed to nip in and get a couple of shots after the clients had all got some. 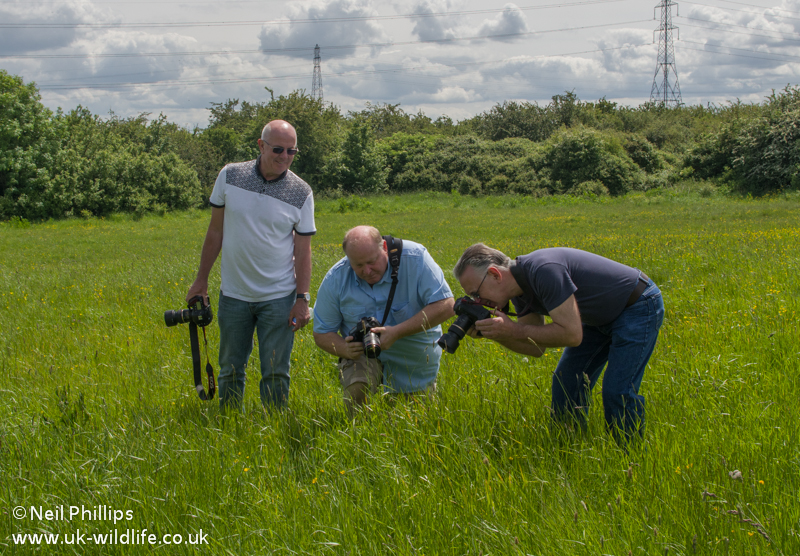 Gathering round the mating common blues 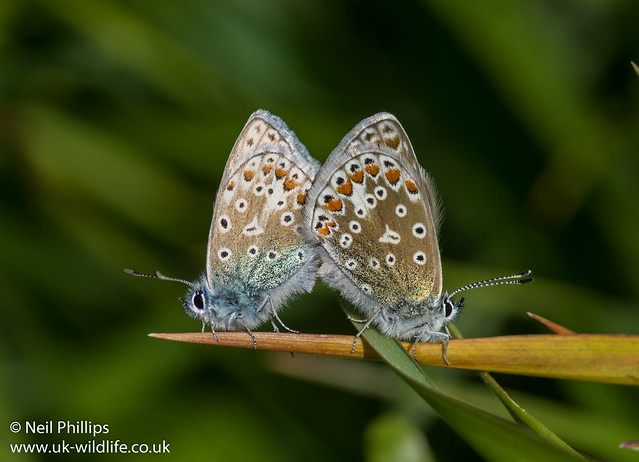 When the workshop had finished I popped over to RSPB West Canvey Marshes for the Canvey Wildlife Day to see the photography competition be judged. Earlier in the week I had helped RSPB staff to shortlist 12 entries, but the top 3 placed were to be picked by Mike Dilger, famous for his wildlife sections on the One Show. Second prize was a place on one of my photography workshops, which was amusingly won by someone who has already been on 2 of my workshops!

After the judging there was a wildlife walk lead by Mike Dilger and Natalie the Head warden for the RSPB’s South Essex Reserves. It was an enjoyable walk with adder, hobby and skylark spotted and leaders giving out some interesting information as we walked round. I also got to chat to Mike Dilger which was nice and chatted about the elusiveness of cuckoos, the increasing numbers of Cetti’s warblers and how we both suffer from ‘wildlife tourette’s’ i.e. can’t help identify wildlife out loud, even when with people that aren’t interested and the mocking from friends that brings! 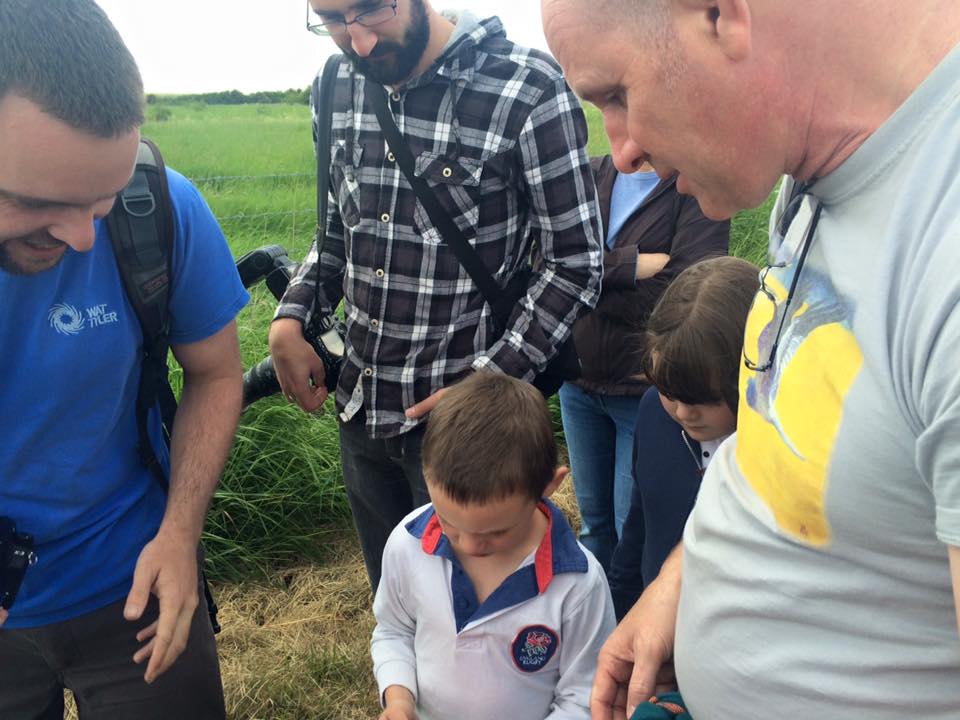 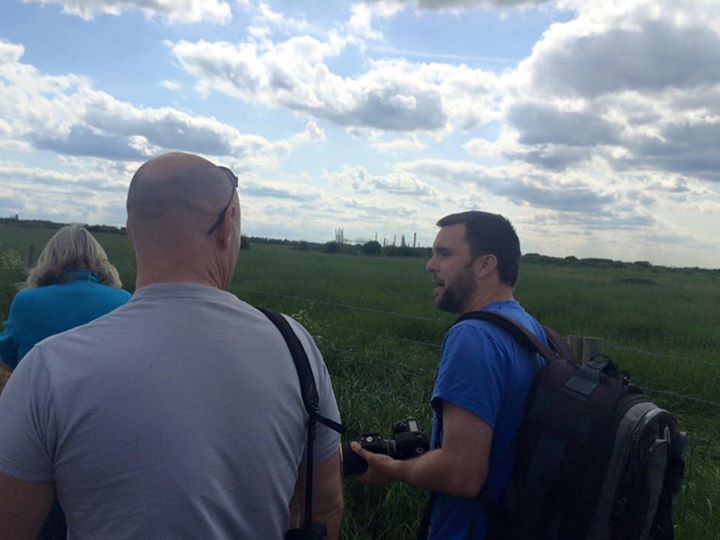 Me chatting to Mike Dilger (photo by Lin Moore)