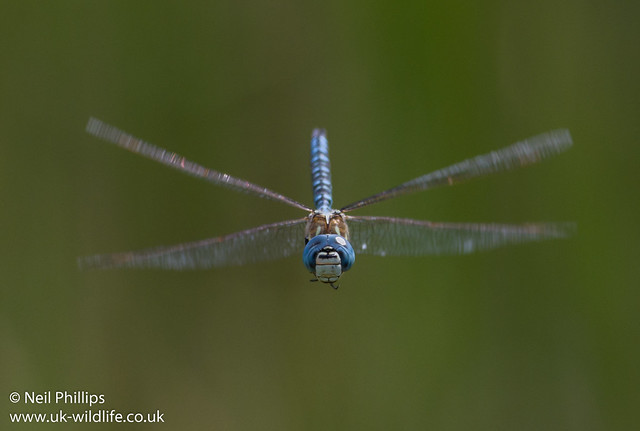 What a difference a few days make. On Wednesday I was thinking the southern migrant (or blue eyed) hawkers might have been having a brief early(ish) emergence and numbers reducing, then Thursday and Friday resulted in plenty of sightings, and based on Twitter and Facebook a few folk were around yesterday (Saturday) getting some nice photos, I got an excited call from a colleague wondering where on earth I was (I was busy with family stuff), as one was perched on a bush in the main cottage meadow(!), which followed by a message from Paul Ritchie (of Hampshire dragonflies fame) that he saw 8 individuals! The record was 6 seen in 2012 in one day. A good sign. In other exciting news there has finally been female spotted! Jonathan Scragg kindly sent me this photo on Twitter (and allowed me to post it here) which based on the thorax colouration is a southern migrant hawker.

@UK_Wildlife The only photo I got of what was being called a female Southern Migrant, clear enough for an ID? pic.twitter.com/QBnqnN2lAq

Anyway, enough of everyone else having fun. Today (Sunday) I had to go visit after the reports from yesterday. I didn’t manage to get to the park till 11am, but based on previous years and this years sightings figured they wouldn’t be on the wing until then anyway. I got out the car to see someone packing up having got the shots he wanted already!

I headed down to the concrete ramp and was told it had been on the wing since around 10am-ish! Previously I’ve not heard or seen personally them on the wing before 11am. Adapting to our climate, or perhaps just because it was an exceptionally warm and sunny morning?

Whatever the reason I had missed some opportunities (though did spent part of the morning photographing an obliging migrant hawker Aeshna mixta in my garden) so stayed on the ramp from 11am to 2pm and rattled off over 700 shots. Was worth it though as I got a few keepers, the first 3 I picked are in this post. 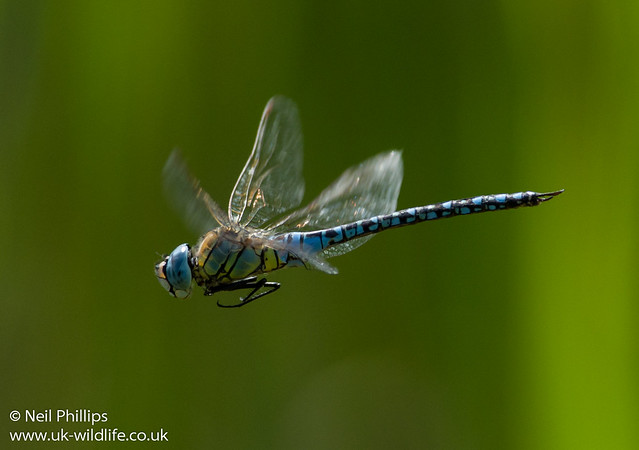 This is my best shot so far I reckon, certainly this year. At 100% I can see some of the compound detail in the eye 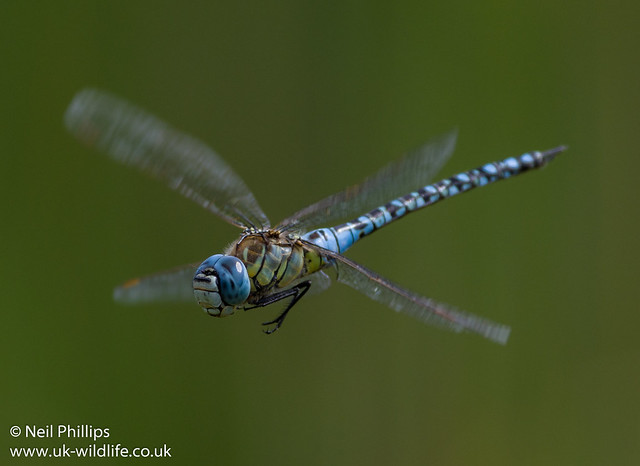 In one amusing development a nest of ants decided to emerge from next to the concrete ramp and up went a small swarm of flying ants, providing an inflight meal for the SMH male patrolling!