Back in March I was up in the Cairngorms, which is famous for its Caledonian Forest habitat with pine martens, wildcats and capercaillie. The ponds there also hold wildlife unique to this habitat in Britain, including the Northern damselfly, Coenagrion hastulatum. Of course in March it is too cold for the adult to be on the wing so I had to go looking for nymphs. 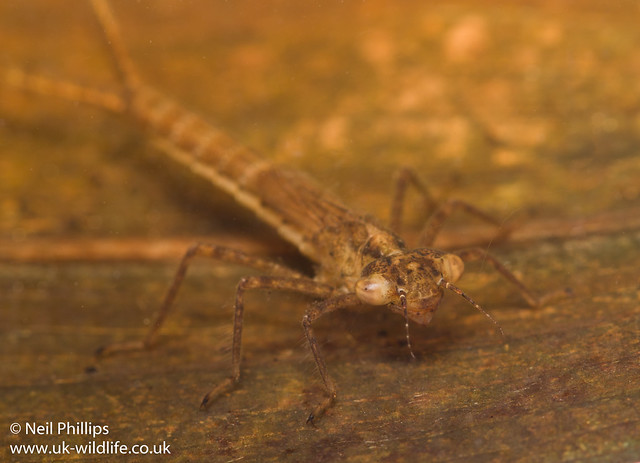 The adult of this species looks much like the other ‘blue damselfly’ Coenagrion species with its blue body and black markings, the shape of the later being the best way to distinguish the males of each species apart. Likewise the nymphs of all these Coenagrion species are pretty similar, though thankfully this species has a relatively easy way to be identified; the 3 caudal lamellae (tail gills) have a distinct ‘kink’ in them, not present in the other species. 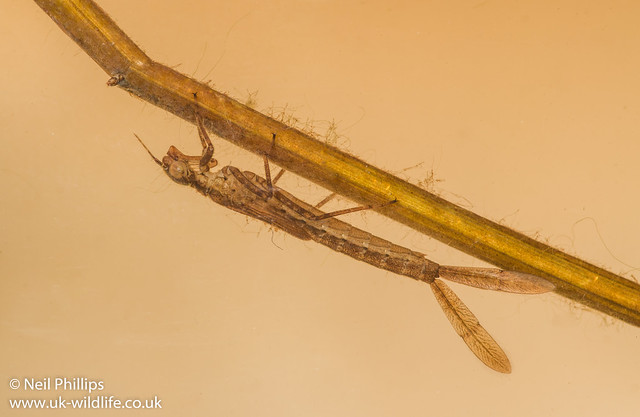 The horsetails present in the pond provided a nice perch for this nymph in my photographic aquarium (which I used for these photos) and the brown peat stained water added a more natural look. 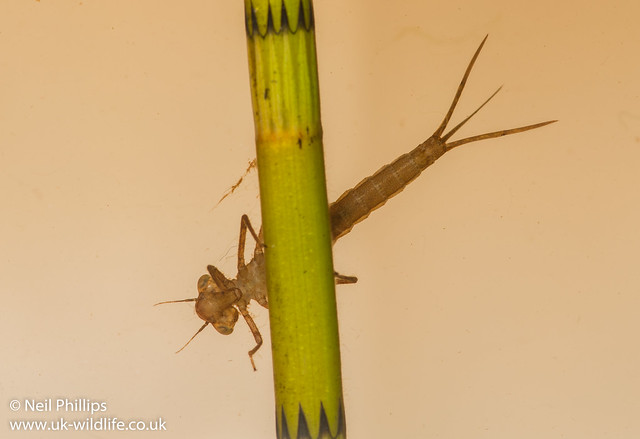 The acid peaty water and highland location does limit the number of species of damselfly and dragonfly that could be found in the pond, but they were not the only species present as their were many specimens of the bulkier large red damselfly nymphs too. 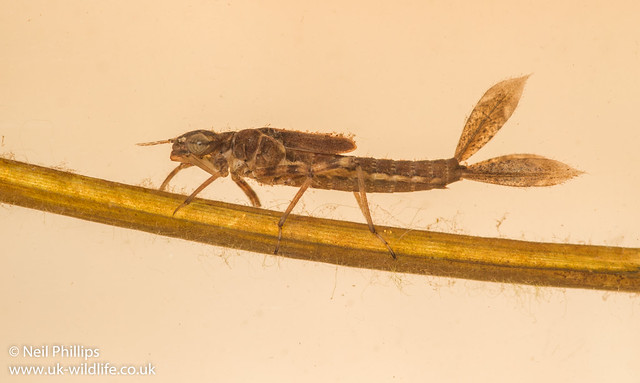