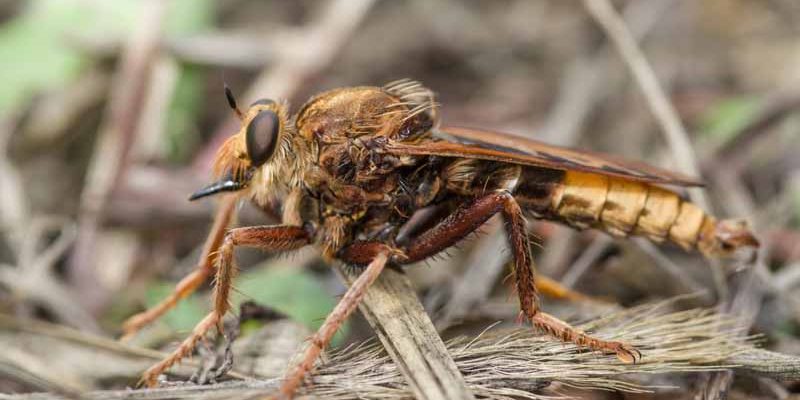 I have decided to write about one of my favourite invertebrates for each day of National Insect week.  Day 2 is the Hornet Robberfly.

At 25mm long and with its stocky build, the Hornet robberfly Asilus crabroniformis is probably the biggest true fly (Diptera) in the UK.  The adult has yellow and black markings of hornets hence its common name and it’s species name, with crabroniformis meaning form of a hornet.  They are predators of other insects taking other flies, beetle, wasps, grasshoppers and even other hornet robberflies!   Prey is caught mid air using their long legs and subdued and eaten using their stabbing mouthparts. 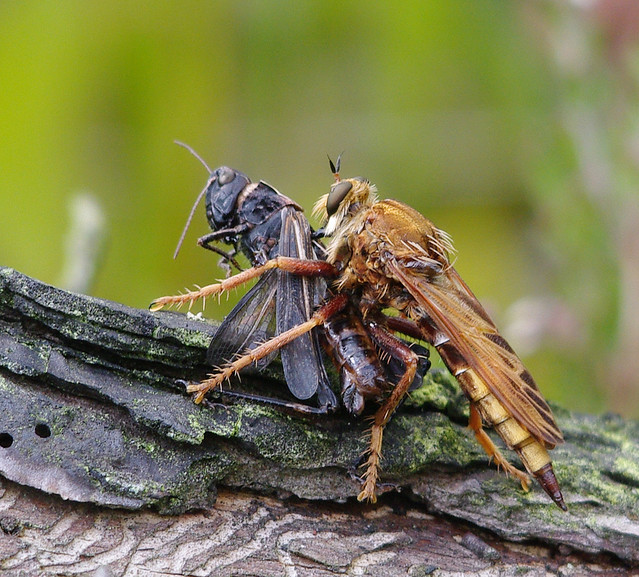 The adults hunt rather like darter dragonflies, sitting on a warm patch of ground and darting up with a loud buzz to catch prey.  Indeed in flight they can at first glance be mistaken for one of these small dragonfly species.  Their habitat of sitting in the open is believed to be why they have evolved to mimicking the colouration of hornets, to fool birds and other predators that may eat them into thinking they may sting.  Their underside however is dull brown in colouration which helps camouflage them while they roost,, which they do upside down. 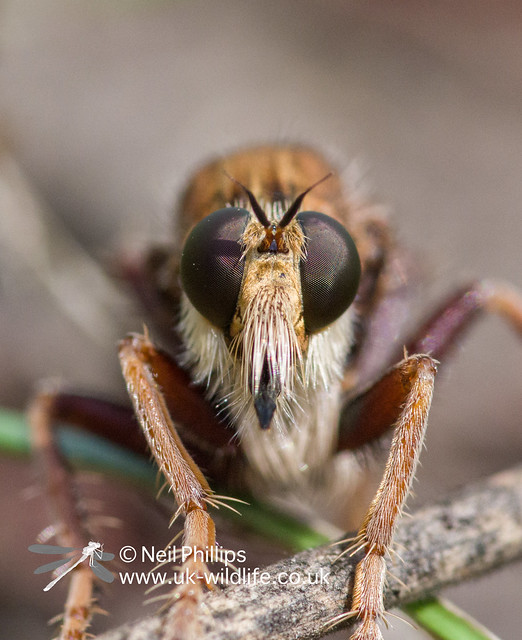 Hornet robberflies are usually found on lowland heath and downs, where they are associated with the dung of rabbits, horses and cows, which are required to complete their larval stage.  The larvae are believed to be predators of dung dwelling insects like beetle larvae and the eggs are laid on or near dried out dung.  Here they hatch and feed on the insect larvae that burrow into the soil for 3 years.  Unfortunately they have declined in many areas due to cows and horse being replaced by sheep and the use of worming treatments making the dung sterile and free of any prey insect species, depriving their larvae of a food source.  They are now almost entirely absent in East Anglia, having decline 20% across its range between 1980 and 2000, and are breeding on only 40 sites across Southern and South-west England and South Wales.  They are even more vulnerable due to the adults being localised and not flying more than a few 100ms from suitable habitat.